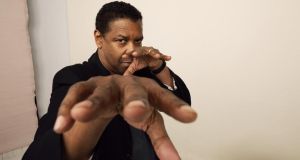 Denzel Washington is set to star alongside Frances McDormand in a new adaptation of Macbeth.

The film will be directed by McDormand’s husband, Joel Coen, based on his own script, with no confirmation on whether his brother and frequent collaborator, Ethan, will be involved.

The latest version of William Shakespeare’s tragedy will be produced by Scott Rudin, who has previously worked with Coen on the best-picture Oscar winner No Country for Old Men, Inside Llewyn Davis and the True Grit remake.

The most recent major adaptation was in 2015, with Justin Kurzel directing Michael Fassbender and Marion Cotillard. It gained mostly positive reviews, with Donald Clarke, in The Irish Times, calling it “the most muscular, propulsive version yet” to appear on screen.

Washington was last seen in the hit sequel The Equalizer 2 and is attached to star in the crime thriller Little Things before directing Michael B Jordan in the fact-based drama Journal for Jordan. Washington has experience with Shakespeare adaptations, starring as Julius Caesar on Broadway in 2005 as well as appearing in Kenneth Branagh’s 1993 big-screen take on Much Ado about Nothing.

McDormand won her second Oscar last year, for Three Billboards outside Ebbing, Missouri and will next be heard as God in Amazon’s Good Omens series before starring in The Rider director Chloe Zhao’s awards-tipped drama Nomadland.

McDormand has previously starred as Lady Macbeth in a 2016 Berkeley Rep production – as well as in a high-school production, when she was 14. She has previously worked with Coen on a number of projects, including Fargo and Blood Simple. – Guardian