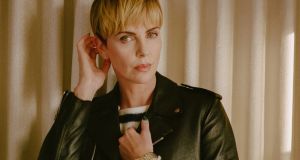 Charlize Theron: ‘You don’t [know what to do] … if you haven’t experienced it, it’s a very difficult thing to wrap your head around.’ Photograph: Amy Harrity/The New York Times

Charlize Theron has spoken in detail about her experience of sexual harassment at the start of her acting career, saying she found it frustrating that she “didn’t do all of those things that we so want to believe we’ll do in those situations”.

Theron was speaking to US network NPR to coincide with the release of Bombshell, a drama about the ousting of Fox News head Roger Ailes over accusations of sexual harassment, in which she plays former Fox News anchor Megyn Kelly.

Theron outlined her own harassment, which happened in 1994 and involved a “very famous director” whose house she visited on a Saturday night for an audition. She says he “wore silk pajamas and offered me a drink and rubbed my knee”. “I was just starting out; I didn’t know the ins and outs, and said to myself as I was driving there at 9pm . . . ‘Maybe that’s how they do it in the movie industry?”

Theron added: “You don’t [know what to do] … if you haven’t experienced it, it’s a very difficult thing to wrap your head around. I wasn’t even fully convinced this was sexual harassment until later in my career.

Theron apologised to the director. “I remember saying, ‘I’m sorry that I have to leave,’ because I was trying to remove myself from the room.”

Eight years later, says Theron, the same director offered her an acting job. While she had planned to reject the offer, she decided to meet him “because I thought I had the opportunity [to confront him], I was going to have the moment I didn’t have with him”. Theron brought up the incident but he refused to talk about it. “[He] just moved on from the conversation, he just didn’t want to address it. At that moment, it was clear to me that it wasn’t his first time and that he had been doing this before and that other women had called him out. His way of handling it was just to talk over it and about the project.

“Unfortunately, it was not the moment I so wanted. There was no reward in it … I’ve heard this repeatedly in hearing other women’s stories, and that is the unfortunate thing about sexual harassment. You never get that moment where you feel like the tables are reversed and now he’s finally getting it.”

In a wide-ranging interview, the actor also described the moment when when she was 15 and her mother killed her alcoholic father. “My mom and I were in my bedroom leaning against the door, because he was trying to push through the door. So both of us were leaning against the door from the inside to have him not be able to push through. He took a step back and just shot through the door three times. None of those bullets ever hit us, which is just a miracle. But in self-defence, she ended the threat.” Her mother, Gerda Maritz, shot her husband with a handgun, but the killing was ruled an act of self defence and she was not charged. – Guardian