Sing Street director John Carney: ‘I knew that era so well. I didn’t have to research it’

From his early films to Bachelor’s Walk and Once, there have always been flashes of autobiography in John Carney’s work. His latest Sing Street, however, edges much closer to full-on memoir 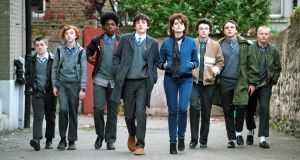 School’s out The cast of Sing Street 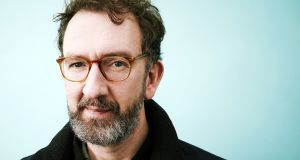 Do we really need to ask John Carney anything about his early life? He will admit that some of what we want to know appears in his delightful new film Sing Street.

In the 1980s, the boy who would go on to direct Once and Bachelor’s Walk, wound up at (pun alert!) Synge Street CBS in Dublin 8. That school had already produced many ornaments of the nation – Gay Byrne and Milo O’Shea to name a pair – but it was, nonetheless, renowned as a rough institution.

“I didn’t get into Gonzaga,” John says in his impeccably rounded southside vowels. “I remember talking to my cricket- playing friends in sixth class. ‘Oh I’m going to Blackrock,’ one would say. Another would be: ‘I’m going to Newpark because I’m “edgy”.’ Ha ha! I’d say I was going to Synge Street and it would be like: ‘Nice knowing you!’”

In Sing Street, the charismatic Ferdia Walsh-Peelo (you will hear of him again and forever) plays, yes, a middle-class kid cast adrift in Synge Street. He gets in trouble for wearing brown shoes. He somehow refers to the dining hall as “the restaurant”. Eventually, inspired by passion for the prettiest rebel in the area, he gains relief through participation in a band. Carney was, of course, bassist in an early version of The Frames.

“The film is a funny version of my own youth. Thinly disguised friends of mine from Synge Street are in it. So it feels as if I have left a memoir and people are laughing at it. That really is great.”

There are more flashes of memoir in his early work. Co-written with Tom Hall and John’s brother Kieran, the TV series Bachelor’s Walk referenced a house inhabited by the team’s friends. Begin Again, his romantic musical starring Keira Knightley, nodded towards the aftermath of Once. But Sing Street is something else again. Jack Reynor, louder and brasher than we have yet seen him, appears to be playing a version of John’s eldest brother Jim, who died in 2013.

“It’s a different thing,” he says. “When you’re 20, you’re making Bachelor’s Walk with Tom and Kieran. You have a row with your girlfriend and you put it on television the next week. Then the real shit happens in your life. Parents start dying. Do I clam up now? I find it hard to make a choice about that. Look, Sing Street was an idea I had ages ago, before Once even. A kid on a guitar with a bike: that’s a great starting point. But as it took form and developed it moved from me. It’s not my story.”

So it’s a memoir, but it’s not his story. Such apparent contradictions are inevitable when you weave real life into fiction. The staff at today’s Synge Street seem to understand that. I was impressed to see that they allowed the institution’s name and premises to be used.

“There were two things I decided,” Carney says. “I wouldn’t make it if I couldn’t get a kid who could handle a film and I wouldn’t make it if we couldn’t get the actual school. What’s the point? It’s such an institution. Our locations manager fought. But we figured out a way to make it clear that this wasn’t the school now. There’s a card at the end: ‘Synge Street is now a progressive school. This is a period piece.’”

The fact that they allowed the name to be used proves that to be true?

An ear for the Oscars

Let’s mention the Irish at the Oscars one more time before retiring the conversation for nine months. At least one of the songs in Sing Street (all co-written by Carney and Gary Clark) seems likely to secure a nomination next year. Falling Slowly from Once won the award. Lost Stars from Begin Again was nominated. That’s form.

The music comes from an interesting place. In Alan Parker’s The Commitments – based on a novel published in the Sing Street era – the kids are very down on the supposedly “inauthentic” music of the time. Sing Street gleefully embraces the eyeliner cheese of A-ha, The Cure and Culture Club.

“Well, The Commitments had a great script and it was a very funny book, but the problem for me was that they were doing cover versions,” he says. “It’s like in Ferris Bueller’s Day Off, the most joyous scene is where he mimes to Twist and Shout. Where’s the creativity? The band we had in school wrote the songs. I knew that era so well. I didn’t have to research it.”

John has done something enviable in the world of independent cinema: he has carved out a niche. It’s taken a while. He and Hall began making no-budget features such as November Afternoon and Park 20 years ago. Bachelors Walk, still cherished, caught the mood of a newly confident nation in 2001.

The current John Carney Brand, however, only started to come together with Once in 2007. That picture, Begin Again and Sing Street now form a sort of accidental trilogy: films in which young, lost people gain relief through song.

Like Once, Sing Street was a smash at the Sundance Film Festival. He has actual followers there.

“I didn’t know that until I got there with Sing Street,” he says. “Sundance is part of my lore. Now I find out that, when people are talking about the classic moments of Sundance, Once has become one of them. It’s become part of ‘the story of Sundance’. That’s such an honour, but it’s also so surprising. When we first went there we thought we’d ended up at the wrong party by accident. So, there is definitely a brand now. But I don’t want to go on making a widget.”

The last time we spoke he suggested that he didn’t mind being identified with a particular class of film.

Now 43, Carney still just about counts as “young” in the largely superannuated world of film directing. There is time to shift towards a new direction. He talks vaguely about producing a series that might once again deal with music, but there is clearly an itch to move away from melodious quasi-memoir. We hear chatter that he is working on a film concerning schlockmeister Russ Meyer’s and critic Roger Ebert’s experiences making the notorious 1970s film Beyond the Valley of the Dolls. Will Ferrell is said to be circling the Meyer role.

“I’ve read the script and it’s hilarious,” he says. “It’s the first very funny script I have had sent to me from the US. I believe Will Ferrell has watched Sing Street and loves it. The signs are extremely good.”

Domestic arrangements are about to become more complicated. He and actress Marcella Plunkett (superbly funny in Sing Street) are about to have their first baby.

“Yes, so it’s a question of when she will allow me to uproot her and take her to California to live. Maybe January or February.”

The Christian Brothers would never have seen that coming.