Emilie Pine: On My Culture Radar 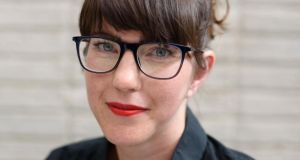 Current favourite book
I just finished reading Deborah Levy’s The Cost of Living and so admired what she achieved with this short memoir. In this second instalment, she writes with honesty and dignity about the end of her marriage and the life she built for herself and her daughters in its aftermath. She’s such a stylist that it reads as deceptively “natural” but is actually so cleverly constructed.

Play/musical
I love the work of Dead Centre theatre company and I’m pleased to see there’s a revival of Hamnet, their play on the emotional pitfalls of being a writer’s child, at the Project Arts Centre, Dublin. It’s a solo work for an 11-year-old boy. It’s about aloneness, but also about presence and relationships, and using technology in provoking ways to make us think about how we connect.

Artist/designer
I just managed to catch the Mary Swanzy Voyages exhibition at Imma, Dublin, and was moved by her use of colour and inspired by her experimentation with form. I’m so glad that galleries are finally seeing the merit in mounting major retrospectives of female artists. There’s a small section in the National Gallery at the moment on Irish Women from the Archives – it shows some of the beautiful work by, among others, Elizabeth Corbet Yeats and Sarah Purser. But it’s just a hint of what’s in the archives and I’d love to see a full show of these women’s work.

City
In January I visited Utrecht in the Netherlands – I love visiting non-capital cities. Instead of having to rush around with a list of must-do sites and museums, there’s more time to visit the smaller museums, and just spend time enjoying being in a different city.

Album
The Imperial by The Delines. One of my favourite albums of recent years was Colfax, and this follow-up album has the same effect. It’s quiet and restrained, and a real grower. Luckily got to see them play in Dublin recently at the Liberty Theatre.

Actor
Actors do such an incredible job, transmuting lines on a page into an embodied self onstage. There are so many I admire: Derbhle Crotty, Karen Ardiff, Janet Moran, Cathy Belton, Amy Conroy, Clare Barrett – I could easily go on. They don’t even have to say anything on stage, they have that gift of presence and holding attention.

Podcast
I really enjoyed the series Bodies by Allison Behringer. It’s a short series and in each episode the host, Behringer, talks to an individual about their experiences with their bodies. After a few episodes I realised that for many people, physical illness is really about finding adequate healthcare. So many people are not being listened to, and as a result, not getting treatment.

TV show
I’m currently making my way through the third series of Borgen, a Danish show about a female prime minister. It’s a real exploration of gender and what we want to do with power once we get it. The third series shows the central character starting again and going back to her principles, and that seems like an inspiring thing to do after two series!

Film
In 2018 I was really terrible at going to the cinema, I went four times across the whole year. So though it’s only February, I’m doing better – I’ve already seen four films. I recently saw The Wife and was impressed with Glenn Close’s performance as the overlooked wife, though I felt that in the interest of creating plot suspense, the film sacrificed getting into the depth of the conflict between her and her husband, played oh-so-smooth by Jonathan Pryce.

Surviving Autocracy: an inventory of awfulness
7