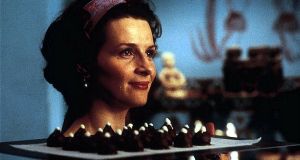 “Everyone’s different. Some of us are just more different than others.” – The Strawberry Thief

When Joanne Harris published Chocolat in 1999, it became a global literary phenomenon that sold more than a million copies in the UK and Ireland alone. The film adaptation that followed a year later, starring Juliette Binoche and Johnny Depp, introduced even more people to the magical world of Lansquenet-sous-Tannes, the French village where we meet the charming and charmed protagonist, Vianne Rocher, of the magical chocolatier.

Now, 20 years later, The Strawberry Thief, the fourth book in the Chocolat series, offers fans another opportunity to luxuriate in Harris’s seductive storytelling.

When I discovered Chocolat as a teenager, it satisfied a craving in me that had lingered from childhood. I was nostalgic for a reading experience that allowed me to believe there was still the possibility for magic shimmering within the real world. As a child I had longed to discover the secret passageway, or mysterious lady with glamours surrounding her, that would open up a magical realm to me. Discovering Harris’s work felt like a validation of my searching for a narrative sophisticated enough to satisfy an adult appetite but still magical enough to inspire hope. From there a world of work of magical realism opened up with the discovery of Angela Carter, Gabriel García Márquez and Salman Rushdie, but the bewitching power of Harris’s special talents was where it all began.

It would be a mistake to consider a novel that has a magical element, with a witch who wields her power through the art of chocolate making at its heart, as simply sweet. The Chocolat novels are poignant literary explorations of universal themes of pleasure and denial, the dangers of dogma, xenophobia and racism and the enduring power of love and understanding to eradicate the traumas of the past. In a time when society is becoming increasingly afraid of anything that is considered “other”, these stories offer an alternative way to view change and to embrace rather than fear the unknown.

In this latest novel, Vianne Rocher has finally settled in Lansquenet-sous-Tannes, the village that once rejected her, and her relationships within the community are strong. Her eldest daughter, Anouk, has followed the call of the wind to Paris, but Rosette, Vianne’s “special child”, remains close. In this regard the novel offers a moving portrait of a mother reconciling her desire for her children to be happy, free and fulfilled, while desperately wishing to hold them close so that she can protect them.

The sleepy village inevitably faces disruption, however, when the florist Narcisse dies, bequeathing some land to Rosette and a confession to the priest, Reynaud, that has ramifications for many. With the arrival of a charismatic new woman, with a mysterious shop of her own, Vianne faces a threat that unsettles her and forces her to call upon the talents she has worked hard to disguise in the interest of a peaceful existence. In a series of first-person accounts, myriad perspectives on the turbulence in the village culminate in a powerful ending that is pleasing in its unexpected resolutions.

Those who have followed the plight of the Rocher family through their previous adventures, will inevitably have a deeper reading experience than those being introduced to the Chocolat world for the first time. This should not be a deterrent, however, for those who would like to begin here and travel back in time, for The Strawberry Thief stands beautifully on its own two feet. The only disadvantage to this approach may be the limited exposure that this novel gives to Vianne Rocher. To fully appreciate the complexity of her character, and the decisions she makes, it would be beneficial to understand what has gone before. If I could have asked one wish for this story, it would have been to spend more time with Vianne – the most intriguing voice of Harris’s character creations. These are the challenges authors must always face when developing a narrative over a series of books, but Harris does navigate it very skilfully.

There are few writers who are so masterful in their evocation of the senses as Harris; her prose oozes with sounds and smells and tastes that are intoxicating and I’ve yet to discover more enticing descriptions of food than those offered in her work.

The Strawberry Thief is among the best of Harris’s eclectic portfolio – this story is compelling and casts a spell of its own that renders it almost impossible to put down. Perhaps it’s inevitable when, as Vianne says, “there is magic in stories”.