Clive James: Few others did so many things so well 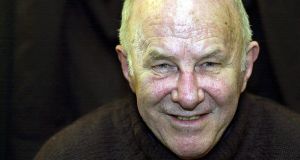 Clive James, who has died at the age of 80, was one of his era’s great polymaths. (His near-contemporary Jonathan Miller, whose death was announced on the same day, was another.) He wrote poems and lyrics. He was sharp in his literary criticism. In 2007, an essential doorstop titled Cultural Amnesia gathered together essays on such diverse figures as Albert Camus, Miles Davis and Joseph Goebbels.

From the 1980s, beginning with the classic Unreliable Memoirs, he published a series of uproarious biographies that charted his journey from dusty Australia to windy Cambridge to grubby Fleet Street and on to eventual success with TV shows such as Clive James on Television.

James may, however, be best remembered for inventing modern television criticism. Before he arrived at the Observer in 1972, the broadsheets tended to treat the newer medium as a vulgar upstart. It might occasionally deliver tolerable middle-brow entertainment, but, so far as the upmarket arts editors were concerned, telly was suitable only for dim children and lower orders.

James certainly enjoyed skewering absurdities. “Even in moments of tranquillity, Murray Walker sounds like a man whose trousers are on fire,” he said of the excitable motor-racing commentator. But he remained an unapologetic fan of the best populist entertainment. His hilariously divided feelings about Dallas – delighting in the fierce prairie winds that buffeted Victoria Principal – were as tasty a part of late-seventies pop culture as the show itself.

“When Clive James joined the Observer . . . we didn’t know what we were taking on,” Donald Trelford, the editor who gave him that break, later wrote. “We had no idea that over the next decade he would revolutionise the way television was written about and also turn a rather specialised arts column into the best-read part of the paper.”

Born as Vivian Leopold James in Kogarah, he was part of a golden Australian generation at the University of Sydney. Along with Germaine Greer, Robert Hughes and Frank Moorhouse, James revelled in the left-wing intellectual subculture know as Sydney Push.

In those years, such Australians believed (rightly or wrongly) that life was elsewhere. Hughes, esteemed art critic, Greer, author and academic, and Barry Humphries, embryonic Dame Edna, joined James on a trek to what some then still called “the mother country”. Early volumes of James’s memoirs, mentioning those compatriots under pseudonyms, describe a cold, unwelcoming island that, in the 1960s, didn’t swing so vigorously as they had been led to believe.

The attitudes towards other cultures has not worn well – everything Japanese was, apparently, hilarious – but the show made minor celebrities of TV personalities from around the globe

Each nonetheless triumphed in his or her own way. James and Greer made it to Cambridge where they collaborated on comic revues for Footlights. (A snap from his appearance on University Challenge graced the cover of May Week Was in June: Unreliable Memoirs III.) Various journalism gigs followed before Terrence Kilmartin, literary editor of the Observer, recommended him to Trelford. James has ever since remained an unavoidable ornament of British culture.

His bone-dry delivery of his own prose won him wider celebrity on ITV in Clive James on Television. The attitudes towards other cultures has not worn well – everything Japanese was, apparently, hilarious – but the show, which initially ran from 1982 to 1988, made minor celebrities of TV personalities from around the globe. Meanwhile, he continued to stretch in other directions: novels such as Brilliant Creatures; albums with songwriter Pete Atkin; epic comic verse on such unlikely subjects as Prince Charles’s romantic life.

Over the last decade, James has been carrying out the longest of literary farewells. Diagnosed with lymphocytic leukaemia in 2011, he discussed the ups and downs of his illness – and separation from Prudence Shaw after 46 years of marriage – with characteristic dignity and wit.

Few others did so many things so well.