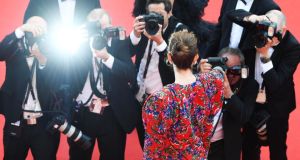 Cannes 2018: there is no more exhilarating place to watch films, soak up gossip and affect superiority. Photograph: Antonin Thuillier/AFP/Getty 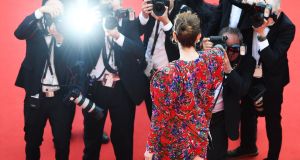 The 2018 event has had a shaky lead in, but there remains no more exhilarating place to watch films, soak up gossip and pretend to have superiority over those around you. Photograph: Antonin Thuillier/AFP/Getty Images

The biology books offer various explanations as to what distinguishes a plant from an animal. Your animal can move around freely. Animals give off carbon dioxide and take in oxygen. Those sorts of things.

I suppose Professor Dawkins and his chums know what they’re talking about. But what really sets animals apart is their need to be better than one another. You don’t see cabbages boasting about their recent election as captain of the local golf club. Radishes don’t demand that other radishes call them Lord Radish. In contrast, lions need to identify the dominant male. Among insect societies, those capable of reproduction boss those without that ability. And humans spend every waking hour plotting to gain advantage over one another.

This week we’re at the Cannes film festival. The 2018 event has had a shaky lead in, but there remains no more exhilarating place to watch films, soak up gossip and pretend to have superiority over those around you. That noise is the clacking of antlers as attendees rut before the Carlton Hotel.

The late Harvey Weinstein (well, it feels that way) was famous for bossing the Croisette with his uniquely charming blend of proximal aggression and creative vulgarity. From the mid-1990s until his company’s financial decline a decade or so ago, he would, once a year, set film writers whirring as they sought to devise greater tributes to his dominance.

The most horrible manifestations of Harvey Weinstein’s power lunacy have, following revelations last October, led to his virtual banishment from Cannes

“I once got the nickname the King of Cannes.” Weinstein told the Hollywood Reporter before going on to discuss the Monégasque head of state. “Prince Albert was at a bar, and I said, ‘come over here!’ I didn’t say ‘Prince Albert’ or ‘Your Highness’ or whatever, and he came over. And Roger [Ebert] was at the bar and said: ‘Now that’s the King of Cannes!’”

Ha ha! If Weinstein had called Prince Albert “Nobhead”, Roger would surely have dubbed him God Emperor of the Riviera. The most horrible manifestations of his power lunacy have, following revelations last October, led to his virtual banishment from Cannes.

Anyway, Weinstein was merely following a pattern set down by moguls decades earlier. You get the biggest hotel room you can afford (or not afford). If a yacht comes your way all the better. Nobody feels happy doing deals with somebody staying in a B&B 20km inland.

Simply being at Cannes constitutes a step up in the hierarchy. Some years ago, an Irish producer explained to me that if some potential collaborator says “see you at Cannes?” you’d better say “yes” if you want to remain in the conversation.

And yet. Towards the top of the ladder the dynamic has changed. The most powerful force at last year’s festival was the increasingly mighty Netflix. The argy bargy that eventually led to that company withdrawing its films from the official selection was the most talked-about story before this year’s event. There is little of the brash, cigar-chomper about Netflix’s “chief content officer” Ted Sarandos (that job title alone). The company is here. It will be waving chequebooks at “content” and seeking production partners. But Netflix’s most notable contribution to Cannes 2018 is its conspicuous absence from the Palais’s screens. That’s not how the old Kings of Cannes worked.

Within the official selection – and about the satellite competitions – ancient hierarchies play out as they have done for aeons. If your film gets into the main competition then you can regard yourself as a little superior to those who make it into the festival’s slightly more recherché Un Certain Regard. The rules are obscure. The Ukrainian director Sergei Loznitsa was in the main competition 12 months ago, but opened Un Certain Regard this year with Donbass. It’s not necessarily a demotion. The authorities perhaps think Loznitsa’s fine new film a little more off-centre. But it still premieres in the less giant of the two main auditoriums. Some film-makers claim they actually prefer to compete in the funkier, semi-official Director’s Fortnight, but we suspect they’d all like a crack at the Palme d’Or.

For all this battling over the right to be named Alpha of your particular baboon species, nowhere is hierarchy more fervently discussed than among the journalists. Each attending critic gets assigned a colour-coded badge that – among other things – determines when he or she is permitted to enter a press screening. Those with the least desired badge must arrive hours early and, even then, cannot guarantee entry to a busy show. Those with the grandest designation are carried to the plushest seat in a sedan chair while being serenaded by Françoise Hardy.

To be fair, the grading results from the festival’s determination to include as many journalists as possible. Teenage Brazilian bloggers share the air with octogenarian intellectuals. That’s genuinely helpful. But it also gives the humans with notebooks another opportunity to grade the hugeness of their antlers. We’re a sorry species.