This Album Changed My Life: Stevie Wonder – Songs in the Key of Life (1976) 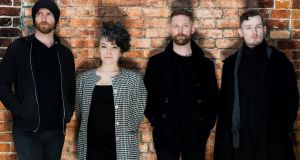 In the mid-2000s I was 18, a child attempting adulthood badly, and beginning to think this singing malarkey could actually be a career. I had tentatively joined my first band as a backing vocalist for a funk seven-piece called Creamy Goodness. Until then, my performing experiences were exclusively musical theatre or choir related.

My knowledge of funk music was weak, so I decided to raid my mam’s CDs for some schooling. I remembered her chiding my gospel choir for not singing a song from Stevie Wonder’s Songs in the Key of Life and I also remember standing there dead-eyed as she played it and lectured me on “real gospel music” while playing Love’s in Need of Love Today. She was right, as per usual and it became one of my favourite albums of all time and began a lifelong love affair with Stevie Wonder’s music.

A thousand wedding receptions wouldn’t make me get sick of Sir Duke or I Wish. Stevie Wonder has tirelessly championed love over hate in all of his albums and never shied away from political lyricism.

His love songs are incomparable. Knocks Me Off My Feet and Ordinary Pain illustrate desire, elation and love like no other so much that it once affected me so deeply, I mistakenly got back with an ex-boyfriend. I re-dumped him within 24 hours and re-evaluated my interpretation of the song.

As, a song about eternal love, was a song we picked to say goodbye to my mother only a couple of years later. I picked it as a reminder of how she had always influenced how I hear music. Her love of soul music shaped me and how I write today. It’s her spirit I hear through Stevie Wonder’s melodies and I’ll be loving them, always.