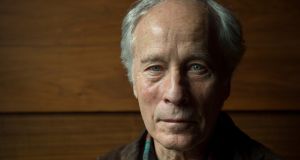 I wasn’t there. I was safely in Maine, where I live, 500 miles away, watching my country be assailed from within on a TV show.

I could’ve been in Montana or Florida or Oregon or Texas – just to give you a spatial glimpse of how citizens here can perhaps entertain a bold, frontal attack on our nation’s capital without experiencing what we might call uniform seriousness. Many in our farthest-flung states find it unwieldy to consider Washington as their capital.

Maybe all violent insurrections – which is what we endured this week – have, at certain moments, a carnival dimension; participants, (otherwise known as seditionists), laughing and capering about in clown gear and stage make-up, taking selfies and videos of the mayhem as it’s happening; their dazed exhorters spouting incendiary vows and imprecations without much thought for what they’re saying or its possible consequences.

It’s a bit like a lynching where tickets were sold, or lions consuming Christians before an appreciative audience. Is it simply, then, that many of us assume our freedoms can’t really be sundered and so who cares? Or is there something about life now, and here, that buffers many Americans from believing that anything we do can really matter all that much?

That is what I thought when I saw the mob – mostly white people who look much like me – forcing its way rather too easily into our Capitol building, breaking things, waving stupid Confederate flags, hooting and cheering and declaring that they were “taking over,” all while citizens were being shot, the government cast in disarray, and confidence in our institutions even further vitiated.

I thought: these people didn’t seem very serious to me. As if it was all a mode of put-on, play-like – even though there were real bombs planted here and about, hundreds terrified, and a woman died.

What would they possibly have done, one wonders, if they’d succeeded? (Though of course one knows the answer there, and it wouldn’t be pretty.)

Many of us saw this day coming and wrote about it. How then did we in America ever get to this place? A half-assed coup on a mild winter Wednesday afternoon, with a demented president and half the country thinking babies are being eaten in the basement of a Washington pizzeria?

A workable definition of a fool is someone who doesn’t recognise serious from its opposite. If you ask me, at least half of us are there.

And while it may be a joke to some, it can become really deadly really fast if people don’t come to their senses.