Readers of literary fiction have to do a bit of work sometimes. ‘Grace’ is worth it 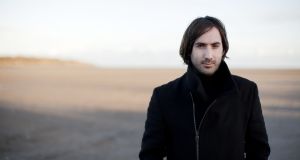 Paul Lynch is a writer who dares “to dive” into the darkest recesses of the soul and diving alongside him is an exhilarating experience. Photograph: Richard Gilligan

In perhaps the first of the great Famine novels, William Carleton’s The Black Prophet of 1846, a character remarks on the sheer difficulty of grasping the “inconceivable reality” of the Famine. Was it this inability to conceive such a cataclysm that stayed the writers’ pens for so long?

Twenty years ago, Terry Eagleton lamented the paucity of imaginative writing on The Great Famine. The culture, he said, had “never produced a writer adequate to the scale of the event.” Writing in this newspaper recently, Diarmaid Ferriter acknowledged that “historians for a long time seemed to exercise some form of self-censorship on the subject”. The late great Tom Murphy wrote in the introduction to his play, Famine, that “a hungry and demoralised people become silent”. Thankfully the times are a-changing and the Government has recently designated the third Sunday in May as National Famine Commemoration Day.

Perhaps now Irish writers are ready to rise to the challenge. In 2003, Terry Eagleton heralded Joseph O’Connor’s Star of the Sea as a novel “that pushed Irish fiction out into a richer, stranger country” and last year Paul Lynch’s third novel, Grace, succeeded in pushing the Famine novel into territory even richer and stranger still.

As a writer, Lynch is sui generis. His style is bold, grandiose, mesmeric. He strives for large effects, wrestles with The Big Ideas. In Herman Melville’s formulation, he is one of those writers who dares “to dive” into the darkest recesses of the soul, risking all to surface clutching the pearl. As with many Romantically-inclined writers, however, there is a corollary nonchalance about audience, plot and coherence which some readers may find disconcerting.

Lynch has been compared to greats like Cormac McCarthy, William Faulkner and Samuel Beckett while others have located him in the Irish Gothic tradition of Stoker and Le Fanu. True, original talent often inspires critical confusion so perhaps the best we can say is that Lynch’s work defies easy categorisation. What we can also say, without hesitation, is that here is a writer who has staked out his literary terrain and is ploughing it with his customary verve and gusto.

The novel opens with a stunning set-piece in which young Grace is being hauled to “the killing-stump” by her mother. In Sarah’s hand is the dulled knife normally used for slaughtering livestock. Grace fears she’s about to meet her maker but what she actually meets “is the autumn of her long hair” as Sarah hacks off her locks in hopes of passing her off as a boy for her own protection. Thus is set the tone of menace and foreboding where “the Gods have abandoned us” and “life is just insult and woe”. Lynch’s fictional world is at once Hobbesian, fatalistic and irredeemable save by the survivor’s instinct “to make one’s own luck” which is a knack Grace quickly acquires.

Grace is a wonderful character who, throughout her Odyssean travels in Famine-ravaged Ireland, displays courage, resourcefulness and resilience beyond her years. Hunger, she soon discovers, reduces normal mortals to feral predators. Nobody is to be trusted.

The gallimaufry of characters she encounters on the road are bizarrely-named rogues and rascals with few honourable exceptions. The plot, such as it is, is repetitive and episodic with the angry polemic the reader might have expected confined to a few short passages. The best of these is John Bart’s stirring soliloquy in which he berates “the have-it-alls and well-to-doers” for their serene indifference to the suffering of hoi polloi. Flashes of comedy come courtesy of the Puckish Colly, Grace’s brother and travelling companion. Oftentimes, when it seems things can get no worse, it is Colly’s scabrous wit and wisdom which bucks her up and urges her to go on. To what exactly we readers must discover for themselves.

Any discussion of a Paul Lynch novel would be incomplete, however, without reference to his extravagant prose style which has been described as a dialect rich in Donegal Scots inflections (although it’s doubtful whether anyone anywhere ever talked this way.) A more plausible interpretation suggests that it is really a literary idiolect deriving from Lynch’s magpie mind and acute ear for a phrase. A reviewer of Cormac MacCarthy’s The Road once noted “the diverted poetic heights of his prose, the simple declamation and plainsong of his rendered dialect” and to be sure, there are echoes of The Road in Grace. The language is luscious fruit pitted at times with rough seeds that some readers may find hard to swallow. Nouns become verbs, verbs become adjectives, and word-order is scrambled. He has a fetish for hyphenated coinages, some of which work (the “soft-bump of cattle walking”) and others (“fire-caught teeth”) which perhaps do not.

There is a conscious constructedness here, a striving for the numinous where words, may quite literally, fail. As one character suggests “there are things in this world that cannot be met with words” a sentiment with which Lynch would surely agree. Lynch himself has said that readers of literary fiction have “to do a bit of work sometimes” and if you go into this novel unprepared for the imaginative and linguistic challenges presented, you may end up being tempted to try something less demanding. This, I submit, would be a mistake. As I said earlier, Lynch is a writer who dares “to dive” into the darkest recesses of the soul and diving alongside him is an exhilarating experience no intrepid reader can afford to pass up.