Peter Carey: The novel that made everybody ‘wildly worried’ 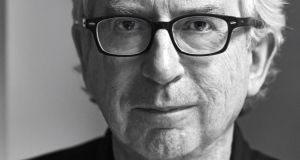 It’s outback Australia in a nutshell: 200 amateur drivers hurtling around the continent along dirt roads and corrugated tracks, crossing culverts, creeks and cattlegrids under a searing sun.

Named after its sponsor, a brand of engine oil, the annual Redex Reliability Trial began as a marketing gimmick but quickly morphed into a kind of reality radio show for the Australia of the 1950s. Drivers became household names. The rivalry between Ford and Holden cars reached fever pitch. And when the rally rolled into town, small boys came out to gaze at the battered, dust-encrusted vehicles and send them on their way with a wave and a cheer.

One of those small boys was named Peter Carey. The novelist grew up in Bacchus Marsh, 30 miles outside Melbourne, where his parents were dealers for General Motors – and in his 15th novel, A Long Way From Home, Carey has put the Redex Trial at the centre of the action.

The opening chapters of the book lovingly recreate both the small-town ambience of Carey’s home town and the make-do-and-mend derring-do of the rally. In one scene, hotshot driver Irene Bobs strips down an air filter on her car and fits it with a secret weapon – one of her sister’s stockings.

So was young Peter Carey, now a two-time Booker Prize-winner, an outback trucker in the making? “No. I’m the one in the family who has no mechanical skills at all,” he says. “In fact, I remember when we were at school, and we were supposed to be doing something with a donkey engine, and the teacher saying to me: ‘You’re not a mechanic’s bootlace’.”

It was Carey’s older brother who supplied many of the book's details, along with what he calls ‘the great, glorious, muddy mess of invention, research and theft’

It was Carey’s older brother who supplied many of the details which made their way into the book, he adds, along with what he calls “the great, glorious, muddy mess of invention, research and theft”. Somewhere in his reading about the trial, he came across a nugget of information about “the Holden air cleaner not being very good in the dusty conditions of northern Australia – and that stockings were an ideal spare part to use”.

The Redex drivers were supplied with a series of detailed strip maps to help them make their way around the rally’s gruelling course. Carey, who has collected the entire set, uses them to hilarious effect in the book as his central characters, Bob and Irene Titch, and their neighbour Willie Bachhuber, who has come along as their navigator, rattle along the bone-shaking tracks. “SUDDEN DROPS”, Irene’s navigator will suddenly exclaim. Or “BEND INTO DEEP DRAIN”.

But the maps provided Carey with more than just a stockpile of evocative capitalisations. “I was looking at newsreel footage of the Redex cars and thinking, you know, ‘You guys really don’t know where you are’. What they didn’t know – and what I didn’t know at the time – is that all of the country is criss-crossed with lines of ceremony and ritual, and also connected with teaching people how to cross the desert without dying of thirst. So suddenly I thought, ‘This could be a novel of two sets of maps; black maps and white maps’.That’s how the novel was born.”

In the book it’s Willie, a teacher who has been raised in Adelaide by his German Lutheran father, who first begins to understand that beneath the lines which indicate the position of roads and fences – the trappings of colonial Australia – the land has a much older, much richer story to tell. His reluctance to take this on board mirrors the situation of Carey’s generation of white Australians:

“See, we had no idea of what we now call ‘songlines’ or ‘storylines’,” he says. “I don’t think we even knew they existed. When Bruce Chatwin wrote Songlines – a really important book – a lot of people were really pissed that it was a Brit who had popularised, or written about, all this.”

Until recently, the violence perpetrated on Australia’s indigenous population has been something white Australians would prefer not to discuss at all. When Kate Grenville published her novel The Secret River in 2005, she was excoriated for bringing to light a massacre perpetrated by one of her convict ancestors. Nowadays, though, commentators tend to castigate white novelists for “cultural appropriation” of these stories. Was Carey – whose book also refers to a massacre – careful about approaching what is clearly a sensitive subject?

“Well, when I told people what I was gonna do they would look wildly worried for me,” he says. “But once the book actually existed and people read it, it was fine. I mean, it’s not as if everybody likes it – I’m sure there will be people that will hate it completely, loathe it – but the anxiety that I felt in approaching the subject, which was equal to my determination to do it, now seems ill conceived.

“I’ve been thinking about this since at least 1985 and it has really governed a lot of what I’ve written in that time. And I realised as I was writing this book that, of course it’s a black story. But it’s also a white story. The whole situation only exists because of the British Empire. And to be a white Australian and not to imagine the invasion of the land and all of these things is sort of . . . well, disgusting,” he concludes.

Always when I’ve written about people who are not white Australians, or of British or Irish descent, I’m happy to have them read it and tell me it’s crap

As he explains in a lengthy afterword to the novel, Carey worked with an anthropologist, members of an Indigenous community and the Aboriginal writer Steve Kinnane to arrive at the language used in the later part of the novel where, without giving away too much of the plot, Willie fetches up teaching Aboriginal kids in a remote outback station.

As Carey explains, however, this sort of consultation is part of his modus operandi. “Always when I’ve written about people who are not white Australians, or of British or Irish descent, I’m happy to have them read it and tell me it’s crap,” he says. “In The Tax Inspector I have a Greek-Australian woman who is pregnant and is going to visit her mother, who’s in hospital. And I had some dialogue and I sent it to a young Greek-Australian woman who didn’t know me at all – and the message came back, ‘This is bullshit’. The mother is not going to say this. She’s going to say: ‘We’ll kill you’.”

“That’s always delightful; to have the thing you want to do, and then come up against the reality that says you can’t do exactly that, you should do something else. Navigating that path you always get to new, more interesting things. It never diminishes the novels. It just makes them richer.”

A Long Way From Home is a novel full of riches. The road race propels the plot along, but it’s really a book about cultural identity, about family, about the ability to empathise with others. As such, it’s hugely relevant for our times. “It’s a period right now in world history where we’re really, really looking at the consequences of the industrial revolution and of imperialism and colonialism everywhere,” Carey says. “What crimes were committed and so on – including the threat to the very existence of the planet. So although it’s a book about Australia, I think it’s a book about the time of Empires as well.”

A Long Way From Home is published by Faber & Faber. Peter Carey will be in conversation with Joseph O’Connor at the Peppercanister Church in Dublin on Friday, January 19th, at 7pm,  as part of International Literature Festival Dublin. See ilfdublin.com

Aboriginal voices tell their own stories

It’s not just white Australian writers who are exploring the legacy of the colonial past. In 2017 alone, three superb books by writers of Indigenous heritage have done just that. They are:

Kim Scott: Taboo
A group of Aboriginal people revisit, for the first time in many decades, a taboo place: the site of a historical massacre. Scott’s own heritage is part Noongar and he has a particular interest in how the study of Aboriginal languages can reconnect communities.

Tony Birch: Common People
New story collection from the winner of the 2017 Patrick White Award – the first Indigenous writer to take the prize in its 44-year history – presents characters who have been largely ignored by prosperous mainstream Australia, from two single mothers on an unlikely night shift to a homeless man unexpectedly faced with the miracle of a new life.

Alexis Wright:Tracker
This “collective biography” of the Indigenous activist Tracker Tilmouth, from the multi-award-winning author of Carpentaria, allows a mostly Indigenous cast of speakers to tell their own stories in their own words.