Why a crime writer needs the occasional break from the beat 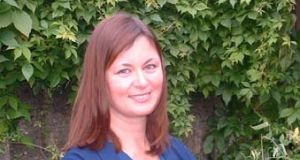 The answer is, of course.

I have just published my first standalone, domestic noir thriller The Confession. My books to date have all been offerings in the DI Tom Reynolds series. Think Agatha Christie, except Tom is kind of sexy. So I’m told. But he’s loosely based on my husband so nobody can say that out loud.

I love a good series. When I find an author who writes a detective I like, I jump online and order every book they’ve ever written. The Snowman brought me to Jo Nesbø; Still Life introduced me to Louise Penny; The Chalk Circle Man to Fred Vargas. Hole, Gamache, Adamsberg, detectives I’d wait in a bar for, nursing a G&T and a large fan girl crush.

Series are pleasant to write. In a new novel, you spend a lot of time establishing characters, while trying to avoid heaping on the exposition. In a follow-up in a series, your characters exist, you just need to recap and you can develop their lives.

There are rewards but there are also risks. Think of how the soaps can become tiring, repetitive

There are rewards. People tell me they enjoy my series for my detectives’ dramas as much as the mysteries and plot twists.

But there are also risks. Think of how the soaps can become tiring, repetitive. It’s the same with a series. You’re trying to keep something fresh, without reverting to tropes such as a sudden death, or somebody in the family being kidnapped by a baddie, or an entirely implausible character quirk. Christie’s genius was in making us love her detectives without telling us a whole lot about them. The suspects were always the more fascinating characters, each book almost a standalone.

My physio tells me, if I only ever do one type of exercise (in my case, running) it starts to become limited in its effect. If I go for a swim or a cycle, suddenly my body reacts with “what is this? Ooh, new muscles!”

Deciding to write a standalone was like exercising a different muscle. Tough, challenging, it left me waking up a little stiff in the mornings. But, oh so satisfying.

In a standalone, I could create a whole new cast of characters, mould their world and then leave. Yep. Abandon them at the end to forever be a one-story set. The freedom! It meant I could create very different characters – people I wouldn’t have written into a series because I wouldn’t want to have spent all that time with them. I’m talking deliciously bad people. The sordid, corrupt, sinister ones who play extraordinarily well in a cautionary tale. Fair enough, you might invite them to dinner, but you wouldn’t be asking them to move in.

It gave me such a taste for it, that as soon as I completed my next DI Reynolds, I wrote another standalone.

I love to write. I love to write a lot. I have multiple book releases this year and I’m working on other, very hush-hush writing projects. Mixing it up a little helps me to stay invigorated and also means that when I pick my detective characters back up, I’ve spent a little time away from them. Absence makes the heart grow fonder. And more creative. I bring touches of the standalone characters in; their other worlds. My unconscious brain lets me develop ideas for the series that I mightn’t have come up with if I just kept banging along.

But neither style is easy. As I said, the series has its pros and limits. The standalone is no different. Every character in a good standalone must have a satisfying concluding arc for good or bad. Threads can’t be left hanging, or readers get annoyed.

And then there’s the risk of creating a character that people are desperate to see again. I can’t count the amount of people who’ve asked me to bring back the detective who features in The Confession, Alice Moody. I find this flattering and overwhelming in equal measure. I don’t want to write a series of Alice books. She was only ever meant to be a bit character, albeit significant and with depth. But, to have two detectives in my head all the time? And then there’s Frank and Emma, the police who’ll feature in my next novel. Will they jump on the series bandwagon? Because I think they’re pretty damn likeable.

Sometimes, a novel should be what it is. It’s not that a follow-up can’t succeed but I certainly have encountered several instances when it hasn’t quite worked. Little Women and Good Wives, for example. The Wizard of Oz and Return to Oz. We might think we want to see those characters go on and on but their very magic rests in the fact that they don’t. They’re forever captured in the perfection of the first project.

And so, I will continue to write standalones alongside my series. Who knows, maybe I’ll capitulate at some stage. But only when I feel the time is right for that character or I have an idea so perfect it would be a shame to do anything else.

DI Tom is very happy about this. He doesn’t mind me cheating on him with other characters as long as it’s him I love and they’re just quickies. And I’ll finish there, because this is an innuendo that could just keep on giving!