An extraordinary, powerful debut that looks at the aftermath of a rape 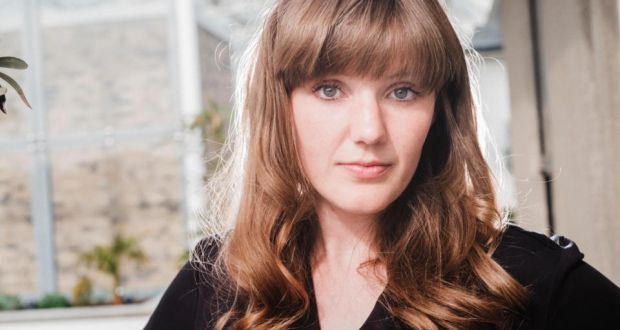 Emma Glass: the author’s care when it comes to language is evident throughout

“The blood cells in my cheeks have risen to the surface and made shapes that spell the words SOMeONe help.” The dark poetic world of Emma Glass’s debut, Peach, immerses the reader in a young woman’s personal hell. The titular heroine is simultaneously surrounded by friends and family members, and all alone in the terrifying aftermath of a sexual assault. Through prose that is lyrical, mythic and yet wonderfully clear, Peach expounds on themes of good versus evil, and the base nature of desire, consumption and carnality.

These preoccupations form the backdrop of the book, which is short enough to be considered a novella or even a lengthy prose poem, were it not for the titled sections. These headings – Brain Freeze; Kiss on My Lips, Piss on a Stick; Forest for Rest – guide us through the nightmarish world of Peach over the course of a few weeks as she tries to recover from a violent attack by a man known only as Lincoln.

The lack of context adds to the sense of dislocation. All we know is that Lincoln raped Peach. In one of the most visceral openings this reviewer can recall, we meet her shortly after the attack, as she sits in her room and tries to sew up her vagina while her parents prepare dinner downstairs: “I am sick. The sick is pink in the moonlight. Fleshy. Fatty.”

Flesh imagery runs through the book, from the pulpiness of the heroine’s name, to the way she can only describe her attacker in porcine terms. Though this may seem like an obvious metaphor for rape, it combines to a stomach-churning depiction of how she feels: “I sniff. Slime. Sausage. Oil. It smells. Strong. And it says: Peach. Don’t run away from me again.” Lincoln haunts her every move, even as she tries to pretend to her family and her boyfriend, Green, that everything is fine. Sitting in a cafe with Green, unable to eat, she looks up and sees Lincoln at the window: “He is gone but there is a seven-foot grease streak left on the glass and I can’t believe no one else saw.”

There is a spoken word vibrancy to Glass’s prose that, again, cleverly portrays Peach’s dislocation and inability to communicate with those around her: “Sentences slither around my brain. Scattered words. Scatterbrained. Scatter sentences. Scattered semantics. Scattered seeds. Scatter my brains.” As she attempts to take the home-made stitches out, she talks herself through the process: “Snip. Don’t slip. Snip. Don’t slip. Snip. Snip. Slip and I will shear and that’s the fear the fear the fear.”

The author’s care when it comes to language is evident throughout, with a rhythmic flow to her sentences and examples of wordplay in both headings and text: “The thoughts are rage and outrageous and out they go.” Glass is meticulous in her details; her writing bridges poetry and prose: “Silver silent spectres sail. Silent as they dance, slow and shy. Faces facing down to the floor. Moving in soft waves, silent, soft flourishes.” Citing Dylan Thomas among her influences, Glass is also a descendant of modernist poets such as TS Eliot, whose unreal city is a distant echo. Gertrude Stein is another noted influence, whose love of idiosyncrasy and stream of consciousness Glass has made her own.

Among her contemporaries, Eimear McBride and the American author Alexandra Kleeman come to mind. All three women present tortured female protagonists trying to piece together the cracked jigsaws of their lives. Glass, born in Swansea, read literature at the University of Kent, before studying nursing. She lives in London and is a research nurse specialist at Evelina London Children’s Hospital. Sex and reproduction are to the fore in her debut. Peach, even with her name, inhabits a carnal world.

Her parents’ unrestricted sexuality and encouragement of their daughter to procreate scream at what the reader knows. They try to coerce Peach, a vegetarian, to eat meat. Glass conflates the barbaric with the domestic in stunning manner. In a nightmarish section, Peach’s baby brother appears to die before the narrative switches in a few short pages to a barbecue in the backyard, a joyous occasion where the meat on offer is possibly human and everyone waits with bated breath to see if Peach will eat.

Food and the natural world make for fitting metaphors throughout. A college lecturer is Mr Custard, dropping blobs of himself in the lecture hall. Boyfriend Green, who later develops twigs as arms, “strokes the soft hair” on her body, while a pip growing inside Peach makes her belly hard.

But in a debut of consistently visceral writing, it is the pig imagery that stands out among all others. Not since Patrick McCabe’s The Butcher Boy has such symbolism been used so effectively to make clear one woman’s brutal experiences: “I see the slits in his face open wide when he sees me, black slits opening wide, inside is blackened pink pig gristle.”