Opposing violence against women through literature

Lynn Buckle, activist and author of ‘The Groundsmen’ on the dearth of great books addressing a vital topic 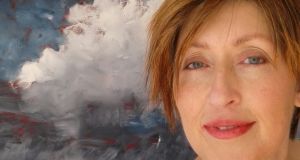 Lynn Buckle: author of The Groundsmen

I should have titled my novel Flipping Hell, for these are the words I hear spewing from every reader’s guts when they have finished The Groundsmen. It is visceral and savage and vital. It is a protest novel and therefore elicits strong emotions. I was told not to market it as such, that it stands on its own literary merits. The implication being be quiet. Do not make a fuss. Be a woman. Be the woman in the novel.

The annual international 16 Days of Action Opposing Violence Against Women ends this year on December 10th. I am an activist, I promote and fundraise on behalf of the one in three women affected by these issues. So as part of my campaign I have been listing on social media one contemporary novel per day which addresses, through great literature, the domestic violence, abuse, coercive and societal control of women.

I struggle to find the full 16 to fill my quota. There are books aplenty which place females as victims, without agency, only to be rescued or saved. By a man. Or killed by one so another man can solve her murder. Or tortured or raped or humiliated or any other depravity inflicted in spades and hiding in shadows. Actually very few of the current best sellers follow those cliches anymore. We are bored by them, can watch them on laptops, Snapchat even, as real life imitates the worst arts. Have we acclimatised ourselves to such degradation that when it really happens we are not bothered?

Despite the proportion of females being affected by male-inflicted violence, our literature does not reflect outrage at the numbers. By literature I mean works that are not titillating, but damning. Such as Kristin Hannah’s The Great Alone, Lisa Harding’s Harvesting, The Cruelty Men by Emer Martin and of course The Handmaid’s Tale. Initial reactions to these novels invariably involve an element of whataboutery and reactive denial.

Let’s look at Anna Burns’s Man Booker winner Milkman with its historical coercive and societal control of women. We laugh at the outmoded patriarchal behaviours of the men who tread her Belfast streets in the 1970s. We have distance. We are better than that now. Anna Burns knows that we are not. Women know we are not. Fifter per cent of the population are living with the knowledge that there are Milkmen everywhere. As George Sanders says in the final lines of his new fable Fox 8, “if you want your Storys to end happy, try being niser”.
Lynn Buckle’s debut novel The Groundsmen was published by époque press in September. From Co Kildare she is a visual artist, teacher, writer and domestic violence activist. The full list of 16 novels recommended by Lynn for #16 Days of Action can be found on Twitter @Lynn_Buckle