Identity review: Struggling to make sense of the age of Trump 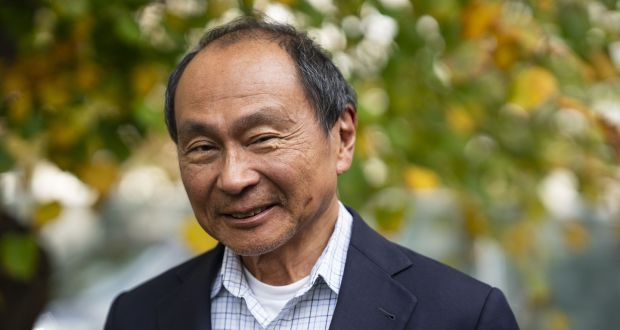 Francis Fukuyama: he highlights as one of the most acute dangers of left-wing identity politics the backlash it can generate, contributing to the 2016 election of President Trump, for example.

Book Title:
Identity: Contemporary Identity Politics and the Struggle for Recognition: The Demand for Dignity and the Politics of Resentment

Regarded as prescient in heralding the collapse of communism in 1989 as the ‘end of history’, Francis Fukuyama has since become something of an intellectual piñata.

His thesis then was that the triumph of liberal democracy, buttressed by a market economy, represented the ‘end of history’ in the Hegelian sense that other modes of organizing society had been tried, and failed, leaving the strongest standing.

Eventually, he expected that it would become ubiquitous. The European Union was hailed as an aspirational model, having put an end to the continent’s centuries of internecine conflict.

So convinced was Fukuyama of the superiority of liberal democracy that, though a Democrat, he aligned himself with the neoconservative movement that provided the intellectual underpinning for George W. Bush’s disastrous invasion of Iraq.

Identity, his latest offering, was written for the age of Trump. Addressing the zeitgeist at both ends of the political spectrum for ‘identity politics’, particularly in the US but also across Europe, he does a deep dive into what he sees as one possible mortal threat to liberal democratic institutions.

Fukuyama notes that “in the United States, identity politics has fractured the left into a series of identity groups that are home to its most energetic political activists”. #MeToo and #BlackLivesMatter are held up as cases in point.

Echoing the criticisms of others, he adds that the left has “lost touch with the one identity group that used to be its largest constituency, the white working class”.

In fact, he highlights as one of the most acute dangers of left-wing identity politics the backlash it can generate, contributing to the 2016 election of President Trump, for example.

The author draws on a deep reservoir of political philosophy to support his claims, occasionally dipping into the literature from fields as diverse as psychology, economics and anthropology.

In Identity, he reaches back to ground covered in The End of History, and much further, to Plato’s Republic. He recalls the discussion around three components of the human soul: innate desire, calculating reason, and what he calls thymos, the demand for dignity or recognition.

Fukuyama further distinguishes between isothymia and megalothymia – respectively the demands to be respected as an equal and as a superior. He goes on to apply these concepts to identity groups based on race, ethnicity, creed, nation, gender, sexual orientation etc.

Fukuyama’s issue is not necessarily with identity politics per se, since he recognizes the unifying and sometimes positive force that, for example, a liberal strand of nationalism can play in bolstering the legitimacy of democratic institutions.

Rather, his problem is with the politicization of narrow identities, made exclusionary by their focus on ‘lived experience’, i.e. where members of the identity group can be legitimate adherents to the political ideology.

Here, for example, he contrasts the demands for equality of esteem inherent in the US civil rights movement, which featured prominent white activists, with the more virulent and exclusionary ideologies of the Black Panthers and the Nation of Islam.

The author’s thinking becomes somewhat muddled, however. Having held up the ‘hashtag activism’ causes célèbres of the American left as illustrative of a wider malaise, he later notes that they come as a “natural and inevitable response to injustice”. He is careful not to delegitimise campaigns to end the sexual assault of women or the murder of black criminal suspects.

He may have a point when he opines that “identity politics has become a cheap substitute for serious thinking about how to reverse the 30-year trend in most liberal democracies toward greater socioeconomic inequality”. But, these seemingly irreconcilable positions suggest a degree of cognitive dissonance.

In fact, his solution is not to eliminate the politicisation of identity, but to reframe it in more inclusive terms, constructed around the norms and values of liberal democracy itself. Advocating what one might call a ‘progressive patriotism’, he wants our innermost need for recognition to be channelled to towards an enlightened nation state.

In terms of policy prescriptions, Fukuyama does not have much to offer beyond, for example, the (re)introduction of national service, whether civil or military, and the provision of meaningful pathways to citizenship for immigrant populations. He lauds assimilation over multiculturalism, and calls for stronger control of the EU’s external borders.

Fukuyama is as erudite as ever, but manages here also to make his writing accessible and digestible.

One is left, however, with the feeling that this comes at the price of being less intellectually nutritious than some of his earlier work. He is not afraid to ask big questions or to try to provide big answers. Identity addresses one of the most salient political questions of our times, but ultimately falls short in providing coherent, actionable answers.