YA fiction round-up: Laura Weymouth’s debut novel is ‘one of the finest novels I’ve read all year’

The power and pain of fantasy worlds 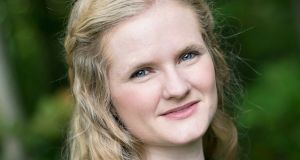 Laura Weymouth, author of an utterly extraordinary book that manages to feel completely realistic even as it delves into the fantastic.

In her memoir of childhood reading, Bookworm, Lucy Mangan notes being “simply furious at the deception” when reading C.S. Lewis’s Chronicles of Narnia series: “Sneaking this God stuff in without telling me!” For many young readers, it’s not quite that the Christian parallels go over their heads, but that the fantasy elements are sufficiently engaging in their own right for any other implications to go unnoticed. In a genre that often preoccupies itself with battles between good and evil, religious overtones add a layer to, rather than completely transform, the story.

It’s the smaller details that tend to provoke uneasy feelings for adult readers, and one in particular bothers a number of writers, readers and critics: “the problem of Susan”. The term, coined by Neil Gaiman, refers to Susan Pevensie’s exclusion from Narnia (ie heaven) because she’s interested only in “nylons and lipstick” (ie sex). That hussy!

Laura Weymouth’s The Light Between Worlds (Chicken House, £7.99) may be read as a loving tribute to the Narnia books – and it is, in many ways – but it also serves as a loving critique, most obviously in its response to that much-dissected phrase. “Powder and pumps. Jamie once told Evelyn that’s all I’m interested in since the Woodlands, but what he doesn’t realise is that you can wear powder like a shield, and wield the right lipstick like a sword . . . I go nowhere unless I’m dressed for war.”

For Philippa, the “Susan” in a tale of what happens after a group of siblings return from a magical land (the Woodlands) where time moves differently, cosmetics are her armour. The battlegrounds that preoccupy her are those of the “real” world, and she is all too aware of the trauma inflicted during the recent second World War. To imagine that the magic might have been pretend (a nod to Susan dismissing the Pevensies’ time in Narnia as “silly games”) is fiercely tempting; although she doesn’t give into it and recognises the Woodlands were real, she is also a person who needs to live in this world.

Meanwhile, her younger sister Evelyn, who – as our “Lucy” – was responsible for the siblings ending up in the Woodlands, sees it as the place she was “born to be”, as “home”. In her darker moments, she notes, “I’ve seen this world. There’s nothing in it I want anymore.” As with Lewis’s work, this aspect of the book works on multiple levels – it is both a story about a girl who needs to be in the place she belongs and a story about a girl who is crushed by our world, both fantasy quest and authentic depiction of depression.

The exploration of the psychological implications of having lived in a Narnia-esque world, then returning (to be significant and then a mere child again, to know magic and then have it ripped away) is infinitely more sophisticated than in Lewis’s books, but of course that was never his primary concern, and certainly there are many readers who will be frustrated with the focus on the “real” world at the expense of the magical in Weymouth’s debut novel. And they will be missing the point. This is an utterly extraordinary book that manages to feel completely realistic even as it delves into the fantastic. It’s one of the finest novels I’ve read all year.

YA powerhouse Lauren Oliver’s Broken Things (Hodder & Stoughton, £17.99) also concerns itself with otherworldly realms accessible from our own, although in this case there’s a question mark over whether three 13-year-old girls really ever found scraps of Lovelorn, the land depicted in an obscure novel that consumes them, or whether someone tricked them into believing they had.

Five years later, with one of them dead, and the other two blamed – if never legally convicted – of her murder, the question extends to whether the “fanfiction” sequel to the novel the girls penned might contain clues to what really happened. “We knew it was a story. But the story was also coming true.” This highly readable psychological thriller deftly explores the power that stories have over us, alongside its shrewd insights into the complicated dynamics between teenage girls.

Women with weapons who make others uneasy

Another “writing back” to a classic this month is April Genevieve Tucholke’s The Boneless Mercies (Simon and Schuster, £7.99), a feminist reimagining of Beowulf focused on a band of mercy killers, young “women with weapons” who make others uneasy. Narrator Frey yearns for a greater glory, “to be known. To be sung about.” To fight and defeat the notorious beast.

Persuading her fellow Mercies to join her, Frey soon becomes enmeshed in greater struggles than she ever imagined – yet continues in her brave quest. This compelling and lyrical tale about warrior women is a delicious read.

A fresh and engaging addition to the YA fantasy shelves

Finally, a glowing example of the rare thing that is the YA novel in translation: Christelle Dabos’s A Winter Promise (Europa Editions, £12.99, trans. Hildegarde Serle), the first in a quartet, has already been a runaway success in its native France. Ophelia is not a typical fantasy heroine; prone to observation rather than action, she nevertheless uncovers a great deal about the power struggles between families when she is sent to the “Pole”, one of several fragmented “Arks” that make up the world, as a bride-to-be for a man who is “as economical with his words as with his good manners”.

Her two gifts – being able to “read” the history of objects through touch, and travel through mirrors – offer up tantalising hints about the nature of magic in this world, although its depiction is always subtle and takes second place to the political intrigue. Despite occasional clunky moments, this is a fresh and engaging addition to the YA fantasy shelves.