Nano Nagle: The Life and the Legacy review: Beyond the ‘bad nuns’ stereotype 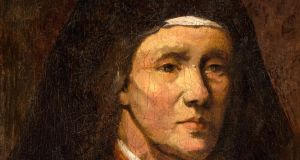 Nano Nagle: The first Irish woman to found a congregation on the island since St Brigid

Book Title:
Nano Nagle: The Life and the Legacy

Recently in this paper, Diarmaid Ferriter wrote of the Bon Secours sisters and how “its own silences and selective imparting of its history does it no favours as it enhances the caricature of the ‘bad nuns’ that has developed in recent decades”. He spoke of the need for the orders to tell their stories, a point that is made in the current issue of the Jesuit periodical Studies in a piece called “The Nuns’ Story: Writing the Record”.

It is edited by Deirdre Raftery, professor of education history at UCD, and examines matters such as the opening of archives to researchers as well as to writing what Raftery refers to as “a vast, and largely undocumented, legacy” in, among others, the fields of healthcare and education, which has been overshadowed by a minority of individuals and bodies that have done “damage, sometimes terrible”. Arguably the publication of Nano Nagle: The Life and the Legacy is not only part of an effort to document a legacy but also to add something to the credit side of the balance sheet.

Part of the tercentenary celebrations of the birth of woman who founded the Presentation Sisters, a teaching order that spans the globe, the study’s focus is more on the legacy than the life, though that is where it begins. Nagle, who was born Honora but became known as Nano, was born into a wealthy, well-connected Catholic family in Cork that had managed to retain its lands under the Treaty of Limerick.

Growing up while the penal laws – designed to subdue and diminish Irish Catholic power – were in full force, she was sent to a convent in Europe aged 10 and on completing her education moved to Paris, where she lived among the high society. After spending two years in a French convent, she returned home, her Jesuit confessor having told her it was her duty to instruct Irish children.

Nagle established a school in Cork city, and subsequently six others, in which poor boys and girls from the streets were taught reading and catechism, with the boys also learning to write and the girls learning needlework. It was a steady enough start, ultimately transformed by a large inheritance, but Nagle wanted to establish a convent in Cork to undertake the project. After finding the Ursuline order was not fit for her purpose, Nagle wore down the opposition of the bishop of Cork and established her own order in 1785, which eventually became known as the Presentation Sisters. In this she was “the first Irish woman to found a congregation on the island since St Brigid”.

It was 10 years after Nagle’s death from tuberculosis in 1794 before a second convent was founded, in Killarney. Others soon followed, with them new schools, and by 1837 there were 32 Presentation convents in Ireland and two abroad. The first venture outside Ireland was to far-off Newfoundland, where they were invited by an Irish Franciscan, Bishop Michael Fleming, who wanted them to provide a good Catholic education for the young women who worked in the fishing industry, that they might become “become mothers capable of teaching their children integrity and morality”.

Four sisters arrived from Ireland to find that the convent they had been promised had not been built and had to stay at the bishop’s residence for a month, finding it far too comfortable for their simple ways. If they were worried about comfort, the punishing cold, which meant they were obliged to cut milk with a knife, put paid to that. Around the same time they founded another convent in Manchester, also primarily to teach the poor girls among Irish immigrant communities. The number of Presentation convents continued to grow during the 19th century both in Ireland and abroad, to North America, to India and Australia and, during the 20th century, to New Zealand.

The Presentation sisters were pioneers, leading the way for the foundation of other Irish congregations and influencing Edmund Rice to form the Presentation Brothers to fulfil a similar role teaching poor Irish boys. The setting up of the national education system in Ireland in 1831 gave poor children access to non-denominational state-run schools, but the Presentation sisters continued. Their mission was not simply to educate the poor but to provide them with an education that was Catholic. The order’s schools joined the national system, but barely paid lip service to its rules, which prohibited religious instruction or iconography in the schools.

Crucially, prior to the introduction of free secondary education in 1968, when many religious orders catered for well-off Catholics and charged prohibitively high school fees, the Presentation sisters provided free or affordable post-primary education, often in “secondary tops”, which were primary schools with additional years for those who were willing and able to stay. The idea of educating working-class women beyond primary level was not without opponents, and efforts to expand provision during the 1940s brought some sisters into conflict with their bishops, including Michael Browne in Galway and John Charles McQuaid, the latter having rejected two requests to open secondary schools in Dublin. Working-class girls were in need of education, you see, just not too much.

The book is written by Deirdre Raftery, along with Catriona Delaney and Catherine Nowlan-Roebuck, both of whom completed doctoral research on Presentation Sisters schooling in Ireland, and was funded by the Nano Nagle Postdoctoral Fellowship, which facilitated the use of archives in Ireland, Britain, Newfoundland and the United States.

Chapters on the sisters’ expansion into Newfoundland, the Dakota prairies, industrial Manchester and colonial India illustrate their commitment and fearlessness; the Clondalkin sisters’ venture to Maynooth to learn Irish after 1922, bringing with them a cow, is less adventurous but more amusing.

This is an attractive book, well researched and scholarly. As a book about nuns and their network it is very good. However, there is all too little about the impact that their teaching had on the girls who attended their schools. We know what they were taught but not how they were shaped.

Historian and Pres girl Caitriona Clear has described their outlook as one of believing “that everyone should occupy a pretty low station in life” and its alumnae includes the contrarian Germaine Greer, who is quoted as saying of the Presentation sisters that “I’m more like them than I am my mother”. Whatever one thinks of Greer, surely the many thousands of educated women with a healthy disregard for status is one of the greatest legacies possible.
Niamh Puirséil is the author of Kindling the Flame. 150 Years of the INTO published by Gill Books