A mother teaches her nine-year-old poker. Now he’s the king of sovereign distress 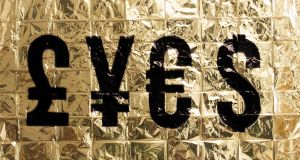 “A country is a trading opportunity, it’s history written in basis points. And speculators have a role to play, it’s predatory policing”

‘I need to teach you a lesson,’ I tell him. He was nine years old, but you’re never too young to learn.

We empty the charity jar onto the kitchen table.

‘Just for practice,’ I say, ‘all winnings to be returned.’

I show him how to shuffle the pack and deal a hand. Teach him the Duchenne smile, how to hold my gaze and look like an angel. Tell him stories: Wild Bill Hickock and the dead man’s hand. My old flatmate who always yawned when he was bluffing. A trader I worked with who was a card counter and got banned from all the casinos in Nevada. Bedtime comes and goes and he takes to poker like a natural. The only thing missing is a bottle of whisky and a pack of Marlboro.

At five to midnight he draws a royal flush. For a moment I think I’m hallucinating – it’s a miracle, a thing of beauty, like an exotic bird.

I see the glitter in his eye, feel the flutter in my chest. A rush of blood brings a vision of the future: mother-and-son dream team on the trading floor. Then I remember I’m supposed to be teaching him a lesson.

‘Get your money box. This time it’s for real.’

He scampers back, rattling the pink pig with a gash in its back. ‘Eight pounds ninety-five,’ says he, cheeks aglow with the thrill of it.

I clean him out in nine minutes. Make a big show of sweeping in the pot, stacking his coins in neat piles. He clutches his cards, his little face wax pale.

‘Your shirt’s no good to me. You need to fold.’

His head drops, but I make him say it. No gain without pain. He slinks off to bed and I think there’s a tear, or maybe it’s just a trick of the light.

Next morning he’s bounced back and his world is all about betting. How much if I can hold my breath all the way through the Rotherhithe tunnel? How much for fifty rugby kicks in a row? At his cousin’s wedding I find him in the bar, face down in a bucket of melting ice.

‘48 seconds!’ roars the best man, waving a tenner at the gasping ushers.

Two weeks later I find a smart blue hoodie in his wardrobe. ‘Where did that come from?’

He grins, like he’s been waiting for me to notice. ‘I taught Will how to play and then he ran out of money, so he bet his hoodie.’

‘Does his mum know?’

‘He wanted to do it. He could have just folded but he wanted to bet.’

‘So when she calls, I’m supposed to say he lost his hoodie playing poker?’

‘I taught him a lesson, mum. No gain without pain.’

On his first day on the trading floor he knelt to kiss the carpet. Now he’s the king of sovereign distress. When the Celtic Tiger was on the ropes he was in early. Credit spreads were blowing out with Ireland trapped under the microscope like an object lesson in how to make a hames of things. He made a killing on the PIGS trade, shorting Portugal, Ireland, Greece, Spain. He keeps a map on the wall, plants a victory pin for the body count. Veni, vidi, vici. The little pink pig sits on his desk like a lucky charm.

Last Sunday, he’s leaning against the kitchen counter spinning the globe just like he did when he was a little boy.

‘Venezuela,’ his finger stops on green, ‘a beautiful country with snow topped mountains and crystal streams. And it’s a massive short. The world’s largest oil reserves and it’s a basket case. Inflation at forty per cent and the bolivar is fucked.’

‘Migrate or die,’ I tap the Times headline.

‘I’m doing them a favour, mum. I think of it as a public service. Get government in a chokehold so they clean up their act.’

‘They’re eating out of dustbins in Caracas.’

‘And who got them into this mess?’ he shrugs. ‘It’s incompetent governance that brings a country to its knees.’

He’s not wrong. Corruption is the true agent of destruction here and shorting is fair game when your finances are a shambles. A country is a trading opportunity, it’s history written in basis points. And speculators have a role to play, it’s predatory policing. Like hackers and stress testing – you’ve got to sniff out the weak links, keep the politicians on their toes.

‘As you always said, mum,’ he grins. ‘If the grazing antelope is not vigilant, the lion will rip out its throat.’

His last girlfriend said he was socially useless, oh he loves telling that story. Loves the sound of money being kicked around and the squeal of sovereign distress. He’s got the swagger and the sharp suits, the golden boy with the Midas touch.

But I’ve got no problem with what he’s doing, it’s where’s he’s headed. I’ve seen it all before – the winner effect, those feel good neurotransmitters that bathe you in pixie dust. Enough is never enough. He’s a master of the universe and he’s on a roll, testosterone drip-feeding his risk positions until the cortisol crash.

‘Your time will come,’ I warn as he shoulders his jacket and gives me a hug.

‘Here’s where it starts,’ I press my finger against his temple. ‘Your hypothalamus, the early warning system buried in your cerebral folds. Four millimetres of neural tissue that sound the alarm. Then it’s all systems go, an adrenaline tsunami, sugar shoots through your veins, heart beats faster, everything mobilized for fight or flight. When winner turns loser, you’ll be eaten alive from within.’

‘Thanks for the lesson, mum,’ he bats my hand away. ‘You taught me everything I know.’
Aifric Campbell is the author of On the Floor. She is a former investment banker and teaches at Imperial College, London. Money Talk was commissioned by the Almeida Theatre, London as the programme feature for The Lies, an interactive production on economics and high finance from Ontroerend Goed.