Books in brief: Wilde sentences and a Palahniuk satire

‘The Annotated Prison Writings of Oscar Wilde’ is a moving, compassionate collection 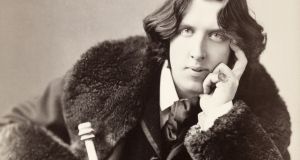 It was neither the plays nor the abundance of aphorisms attributed to Wilde that unlocked his greatness for me. Instead, it was the essays; the prison writings – De Profundis, The Ballad of Reading Gaol – full of power and compassion. So this is a welcome gathering of Wilde’s most humane work, with choice illustrations, where the self-proclaimed “lord of language” gives voice to the poor, the disaffected.

Who isn’t moved by Wilde’s 1897 letter to the Daily Chronicle upon his discovery that a friendly warder from his time in prison, Thomas Martin, had been dismissed from his job at Reading for giving a biscuit to a small, crying, hungry child? A child from a group of three who, unable to pay a fine, had been imprisoned for snaring rabbits. Casting details on such pathos are tasteful annotations throughout – in this case they tell us that Martin was from Belfast and quickly befriended his fellow Irish man. The two often swapped notes secretly, with Wilde handing Martin one offering to furtively pay their fine. Oscar, dear heart.

A list appears on a website containing the names of Americans who deserve to die; most are academics and politicians. Those names with the most online votes will die on “Adjustment Day”. For most people, the list is a lark, so they add the names of teachers who gave them tough grades, or underperforming politicians. A book, written by a shadowy character, Talbott Reynolds, suddenly appears in the hands of young men. It is packed with Big Brother-esque injunctions on the new survival of the fittest: “The weak want you to forgo your destiny just as they’ve shirked theirs.” There is more than a mere whiff of Nineteen Eighty-Four and The Purge in Palahniuk’s latest novel, and it could be read as a treatise on contemporary America. But it could also be read as a book that’s just run out of satirical steam and is playing to the real political divisions that are almost too scary to contemplate. You, the reader, have the power to decide.

“These are not your people. Why are you here?” psychiatrist and aid worker Lynne Jones was asked on the Somali-Ethiopian border in 2007. She wanted to travel the world and to be useful – forebears in education, medicine and the church accounted for that, as did her own background in nonviolent civil disobedience. She decided to work with the victims of war and disasters worldwide. She went to Bosnia, at the cost of her marriage, working for an NGO in besieged Sarajevo, and went on to work in Gorazde, Kosovo, Iraq, Sierra Leone, post-tsunami southeast Asia, post-earthquake Haiti and elsewhere. She considers issues associated with humanitarian intervention – its complexity, contradictions and arbitrariness – arguing that aid agencies need to collaborate rather than compete (money thrown at one disaster is always at someone else’s expense). Humbly, she says it was not the suffering that brought her to such dangerous places but “the proximity to courage. I hoped some might rub off on me.” A powerful, moving testament to people’s ability to survive the unimaginable and to one person’s contribution to that survival.