Another word for drunk? Try ramsquaddled 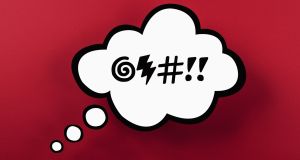 Slang – new and old – has always been about sex, drink and being rude

When Michael Deacon, a journalist from the Daily Telegraph, picked up a secondhand copy of the Penguin Dictionary of Historical Slang, he chanced upon a rich seam of linguistic brilliance and humour.

After he shared some of them online this week, there was an immediate clamour for some of the historical delights to be brought back into usage.

Among the terms that would be welcomed back today is “ramsquaddled”, meaning drunk.

The word “firkytoodle”, in the 18th and 19th centuries, meant “indulgence in physically intimate endearments especially in those provocative caresses which constitute the normal preliminaries to sexual congress”.

The historical term “poop-noody” is described in the Penguin dictionary as a “low colloquialism for sexual intercourse”.

A person of diminutive stature was referred to in the past as an “arse-worm”.

The act of vomiting was described as “shitting through your teeth”.

Today, the Urban Dictionary keeps us informed of the most up-to-date contemporary slang expressions – among the offerings this week was “bitechsual”, which describes someone who is an expert in more than one type of technology or who uses both an Android and an iPhone.

Now, slang terms such as “bae”, “extra” and “salty” are used to signal a person’t belonging to a certain grouping or sub-culture, but slang’s primary function has always been to sound arresting and startling. It has always drawn heavily on sexual acts and bodily functions.

The English writer Jonathon Green is a world authority on historical slang and has published an online dictionary titled 500 Hundred Years of The Vulgar Tongue at www.greensdictofslang.com. Green’s favourite slang word is “Clatterdevengeance” which means “penis” and dates from the 17th century.

As Green has noted there are thousands of slang terms associated with sex, bodily parts, crime, drinking, drug taking, ugliness and stupidity, but “if you try to look up caring and sharing and compassion, you’re going to be looking for a long time”.

According to Green, slang doesn’t really change over time, we just use different words now to describe the same things.

Studying historical slang also reminds us that we may not be quite as modern as we think. The expression “beat it” was first coined by William Shakespeare, and the phrase “dis” – to be disrespectful to – was first used in 1906.

And if you thought the phrase “ask my arse” was unique to modern Ireland, think again. It has been a byword in England for “I don’t know” for many years, according to the Penguin dictionary.