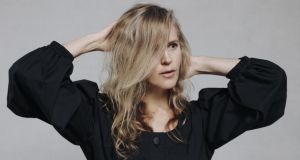 “You can make a home out of anything, my mother said to me once. Home is in the soul. You will spend your life trying to get back to it.” In her captivating second novel, Heartbreaker, Claudia Dey presents a singular worldview on the concept of home. Her three narrators, one of them a wholly convincing dog, live on the Territory, a secluded commune in the woodlands of North America whose way of life is richly depicted.

Eschewing the usual cult narrative of an authoritarian figure and his devoted/deluded followers, Dey instead focuses on the stories of two families mired in intrigue and tragedy. John the Leader, who founded the cult in the never-ending year of 1985, is disposed of in a few lines. He went for a swim in a nearby reservoir, got into trouble and never came back. The Territory continued without him, finding ingenious and horrific ways to survive.

The Canadian author is interested in people who need to live outside society: “Aerial view: two thousand square miles of forest. Population: 391. We started as a single busload searching for the end of the world.” But as the events of the novel unfold, it becomes clear that even at the world’s end, there is always someone looking to escape.

The book’s first narrator is Pony Darlene, a restless 15-year-old whose coming-of-age tale seems almost complete. Smart and entrepreneurial, Pony has learned the power she has over men as she parades herself on a nearby highway “in my button-down and pencil skirt with my perfect waistline-to-ass ratio”. The sexual transactions that are part of commune life are complex and morally ambiguous. Pony Darlene appears to be in control, in as much as a motherless teenage girl living on the fringes of society can be.

For the plot centres on the recent disappearance of Pony’s mother, Billie Jean, last seen driving a black truck at speed away from the Territory. It mirrors Billie’s arrival years earlier, landing at the commune in a mashed-up vehicle and bloodstained clothes. Finding love and solace with a fellow troubled soul called the Heavy, the pair settled together with the promise of a marriage that never asked about the past.

It comes to the book’s second narrator, Billie’s loyal and vicious dog, to fill in the backstory of the characters. The switch is well timed by Dey, who lures the reader into her strange world with Pony’s voice and then fleshes out the extraordinary detail. From Pony, we learn about innerwear and outerwear, the nicknames members earn for themselves (Traps, Fur Thumb, Wishbone, Sexeteria, Hot Dollar), the visits from the Delivery Man, the coloured pills the teenagers take, the Walkmans they receive as a marker of losing their virginity.

We also learn what happens in adulthood: “Lana and I were fifteen, which was only three years away from getting pregnant and married and pulling our hair back into ponytails of duty and service and wearing pastel dresses and taking the blood of the teenagers at the Banquet Hall.” While elements like this make Heartbreaker sound like The Handmaid’s Tale for hippies, both Pony and the dog draw the book back from dystopian fiction. Inhabitants don’t leave the Territory, but they can if they want. The blood that’s taken from teenagers is a business model devised to support the community. Women marry, have children, kill themselves. They also run free in the woods, have affairs, love their husbands.

The dog’s voice is particularly well conceived, bringing not only enlightenment and back story but also much-needed humour – “How I loved to eat your underwear. Better than steak” – and an arch perspective on commune life: “I found it amusing the founders of the Territory had fled suburbia only to re-create it here.” Elsewhere he can be quite the doggie philosopher as he tries to understand why his beloved Billie Jean didn’t bring him with her: “Thinking that reminded us we were alive, and what an inconsistent experience that was proving to be.”

Minor issues with timelines can halt the narrative. Dey makes an incision in time and then frequently goes backwards, particularly in Pony’s section. There is a dip also with the book’s third narrator, commune stud Supernatural, as his voice and even stylistic devices such as lists seem too similar to Pony’s. His section suffers also with the weight of having to bring the plot and subplots home.

Dey has nonetheless written a curious, memorable novel in vital prose that catapults the reader into a strange and compelling land. In addition to a well-received debut novel, Stunt, and writing for publications including the Believer and the Paris Review, Dey has also acted in horror films and as a cook in lumber camps across northern Canada. She lives in Toronto. Heartbreaker, her UK debut, looks set to launch her in a brand new territory.