Mentors for independent bookshops are changing the game, one shop at a time 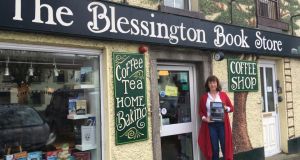 Janet Hawkins: “It was very helpful to hear of the issues that an experienced bookseller faced in organising events. It helped us realise we should just go ahead and try things”

How to further help independent booksellers was the question that The Booksellers Association of Great Britain and Ireland (BA) asked of itself and its members in early 2017. Happily, at the same time, the Unwin Charitable Trust (UCT) was looking to provide some form of help and support for independent bookshops. The UCT was already supporting the book trade, predominantly Book Trust, the Publishing Training Centre and charities which encourage reading and literacy, and it decided to widen that help to include bookshops. Following several conversations between the BA and the UCT, the Booksellers’ Mentoring Programme was formulated and launched. Funded and administered by the Trust, in partnership with the BA, this scheme is open to all members of the Booksellers Association with five branches or fewer. The aim is to offer help to small, independent high-street booksellers by funding the full cost of professional advice from highly experienced booksellers.

Many booksellers operate in relative isolation and have limited opportunities to discuss their business plans and ideas. The mentoring programme provides the chance for booksellers to talk over ideas, concerns and plans with a fellow bookseller in complete confidence.

As one bookseller said, “I go home with an idea to my family and they say, 'This idea sounds great! How can we help?' when in fact what I need is an independent voice saying, 'Have you considered X or Y?'” Independent retailing can be a lonely business although it’s true to say that booksellers are quite a friendly bunch, helping each other out and sharing information. The beauty of this scheme is that it provides a straightforward process for asking for advice.

Whether they are thinking of developing their bookshop, planning a major project, perhaps adding a cafe or even moving premises, the scheme will have the right experienced bookseller to help that decision process.

Since the launch in September 2017 more than 30 bookshops have availed of advice and help from the mentoring team. The bookshop completes a brief application form to ensure they are matched with the best mentor for their needs. A phone call follows quickly to chat through the request and that’s often followed by a visit or two.

One bookshop to use the scheme recently was the Sheelagh na Gig bookshop in Cloughjordan, Co Tipperary. I had the pleasure of meeting the wonderful Mollie Barrow and Elizabeth O’Shea who run the bookshop. It has been serving the book needs of this Tipperary town for years. They were buzzing with ideas about how to increase book sales; in some ways I was just a sounding board for them. They both have lots of plans about how to grow the business, ideas for encouraging children to read more and are passionate about their books. Turning off the M7 on my way from Dingle, Co Kerry to Dublin I resisted the temptation to stop at the Barack Obama Service Station and headed straight to Cloughjordan. The first visit to any shop is key. Seeing the layout and set-up for the first time gives you the ideal sense of what a customer sees. Sheelagh na Gig is situated on the main street with a lovely aspect, facing the green. With the space to have a coffee shop, they also sell products for the nearby Eco-Village.

Standing outside I could see that one of their two windows had a book display, but the other window had what was a very inviting seat, but it didn’t shout books. Talking with Barrow and O’Shea it transpired that they had been considering replacing the window seat with a book display. And they were also talking over the idea of removing another book display unit. Often taking out a display unit can seem contradictory. Our natural inclination is to pack the shop with shelves so that we can fit in as many books as possible. However, that often clutters the space and doesn’t allow the books space to sell themselves or show off. A beautiful book jacket is often all that is needed for someone to pick it up and say, “That looks like my kind of book”. Sometimes it is good to judge a book by its cover, but it has to be easy to see. The unit Barrow and O’Shea were considering was a large unit just inside the shop door.

For me it was a no-brainer. As I walked into the bookshop, I had to stand aside to allow another customer to get by. Also, it was not possible to stand far enough away from the unit to see the books properly. I went back a few weeks after they had removed the unit and the bookshop felt so much more open, spacious and inviting. I felt my role was just to say, “try it for a few months and if it doesn’t work out, put everything back.”

O’Shea said, “replacing the window seat with shelves is probably the most important thing. We saw an increase in spend by strangers, and you can tell from the outside that we’re a bookshop. You couldn’t tell what we were before then.”

An award-winning bookshop that used the scheme was The Blessington Bookshop, Co Wicklow. I had known the owner, Janet Hawkins, for several years, often meeting at industry conferences where we’d discuss ideas and plans. Blessington is now a solid commuter town for Dublin however I am old enough to remember when my family would go to Blessington on a day out and even at one time went on a short holiday there. Now the town must compete not only with online shopping but also with the Dublin commuters buying anything they want on their way home and not in the village.

Afterwards, Janet said, “It was very helpful to hear of the issues that an experienced bookseller faced in organising events. It helped us realise we should just go ahead and try things.”

Another hugely enjoyable visit was to meet with Gill and Simon Edwards at The Little Ripon Bookshop in North Yorkshire, UK. Ripon is the perfect town for a bookshop and when Gill opened the shop ten years ago, she was greeted with open arms by the local community. In early 2018 she heard the art gallery next door would become available later in the year and both she and Simon felt that if they were ever going to expand that was the time. I met with them, along with their daughter (who would be joining the family business), on a bright and sunny spring morning. It was one of the most fun mentoring days: a lot of discussion, lots of laughs and their passion for bookselling was fantastic. Although at times I felt like I was an adjudicator in the decision process. For me this visit epitomised the mentoring programme as they had the ideas, however, they wanted to sit down and talk them all through with an outsider from the family but an insider from the industry. “Talking to our UCT mentor gave us the confidence to take our strategic plans forward whilst providing us with plenty to think about,” said Edwards.

A trip to the North of England had me meeting with owners of one shop who want to exit the business, preferably by selling their shop as a going concern. The lack of lending by the bank and the challenges facing retail make selling any small business a serious challenge. These owners, having worked in the business for nearly 20 years, wanted to start their retirement planning. Having met them in their bookshop to get an understanding of what business they had, we adjourned to their kitchen table. We sat for nearly five hours over tea and cake, discussing all the options available to them.

Free to BA members, the scheme has now helped more than 30 bookshops in Britain and Ireland. More information can be found at unwincharitabletrust.org.uk/mentoring-overview.asp