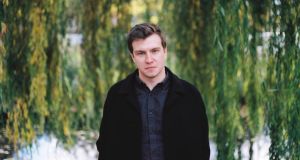 The writer of this loosely connected debut collection of essays, around the themes of home, memory and belonging, has been plying his trade as a freelance arts correspondent based in Dublin for several years, and is indeed a sometimes contributor to this newspaper. However, his origins lie in the much maligned “fly over country” of the midlands – Co Offaly to be precise – and it is the tug and pull of metropolitan cultural life against the old ways of the small family farm on the edge of a bog which informs the mood of these meditations.

One can hardly mention the word “bog” in the context of contemporary Irish letters without a nod to Seamus Heaney, and in oneof the essays, A Kind of Closing Cadence, Maleney writes movingly of what Heaney has meant to him as an enabling influence: “For me, Heaney’s success was evidence that the kind of inconsequential rural place I know best could still be worth writing about, and that the touchstones of my parochial upbringing could be made relevant, even telling.”

At first sight it seems strange that Patrick Kavanagh, another writer with a vexed rural/urban relationship, does not get a look in, but stony grey soil differs substantially from marshland, and it is the metaphor of the bog as a repository of familial and communal memory that inspires Maleney. The other supporting structures of his book emerge from this muddy foundation: the loss of memory and identity brought about by his grandfather John Joe’s, slow succumbing to Alzheimer’s Disease; and the recording of sound (and, briefly, the taking of photographs) as modes of memory preservation. These deep excavations of “bog” take its connotations far further than the one word signifier it frequently operates as for Dubliners born and bred, like myself, for “anywhere beyond the pale”.

Maleney studied sound engineering in college, “but the promise of that idea had faded by the time I’d finished”. Growing increasingly dissatisfied with the conventional studio recording of songs, where the results are often overly predetermined at the expense of the aleatoric “happy accidents” of the process itself, Maleany develops an interest in capturing found sounds, from the modulation of church bells ringing in the distance to the rustle of wind through trees. In this pursuit his guide is English musician and writer David Toop’s book Haunted Weather, which leads him in turn to Brian Eno’s foundational ambient album Discreet Music, which becomes another touchstone. A more in-depth exploration of why he abandoned sound engineering might have proved fruitful: after all, many of the techniques he favours have now been absorbed into even mainstream recording. Likewise, some engagement with Jacques Attali’s seminal Noise: The Political Economy of Music, which shares many of Maleney’s concerns, could also have been beneficial.

The words “ambient” and “environment” are derived, of course, from the same etymological root, and the real breakthrough comes when Maleney hits on the idea of documenting his grandfather’s gradual disintegration, “…of trying to record John Joe in whatever ways I could.” John Joe’s memory proves tricky terrain for the memoirist, however, and not just because of encroaching Alzheimer’s. Like all of us, the old man’s recollections are embellished over time, so that the incidents he is struggling to hold on to may not be factually correct at all. For instance, his account of his sister Chrissy’s departure for America, aged 14, does not tally with that of Chrissy herself: “John Joe had recalled his sister’s leaving so many times, and over such a long period, that it became mostly fiction.” Similarly, when Maleney is commissioned to write a feature about the Lough Boora Parklands, site of an old Bord na Móna bog, John Joe bonds with his grandson, recalling his seasonal employment at Boora for almost 20 summers. But it transpires that John Joe never worked in Boora, but “…in Blackwater, a bog near the banks of the Shannon, 12 or 13 miles west of Boora.” Is this another misremembrance, or the disease going about its baleful business?

The book takes an interesting turn in the section entitled Machine Learning, which discusses the work of scientists John Von Neumann and Alan Turing on artificial intelligence, the boons and vagaries of mechanistic memory storage, and the nature of consciousness itself. A deft invocation of Susan Sontag’s Illness As Metaphor introduces some of the most insightful writing on Alzheimer’s and its significances: “The primary effect of Alzheimer’s is to make a person utterly useless to their networks…It is a disintegration of personhood. It is a type of death.”

As the book ends, with John Joe’s funeral, Maleney realises that he would exchange all his knowledge and experience of the world beyond his home place for what John Joe had accumulated in his 83 years by the bog, and that he wants “…to be part of a community rather than a network”. But he is also ominously aware that “if you try to go back, you will find that nothing is the same.”

Despite the acknowledged “performative self-narration” of the youthful excesses of his foray into music journalism (reports of the death of rock music – even if they concern Noel Gallagher – are always premature, if not greatly exaggerated) Maleney is, at least, an honest writer who has written a brave and thoughtful book, which makes him a worthy successor to his esteemed grandfather’s mantle.

Patrick Stewart returns to Starfleet: ‘It’s inconceivable to me that I should retire’
Real news has value SUBSCRIBE