‘Love does not end with death. It evolves’ 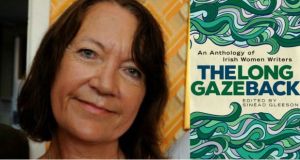 Éilís Ní Dhuibhne: The quiet intimate form of the short story allows both the writer and the reader to roll back the stones from the mouth of the tomb 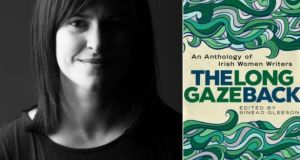 Eimear Ryan: Perhaps that’s the theme that unites most stories about grief: that the relationship with the departed loved one doesn’t end, it merely evolves

Éilís Ní Dhuibhne
Loss is the stock in trade of the short story – reading just the first few stories in The Long Gaze Back illustrates this clearly. Rosalind in The Purple Jar loses her illusion about beauty (and her new shoes); Miss Cole in Norah Hoult’s story loses her trust in adults; even the Irish RM in the Somerville and Ross tale loses his dear-bought salmon. Three or four of the stories in the anthology deal with the greatest loss of all, the death of the beloved.

Such stories seem to have proliferated over the past few years, in the form of fiction and memoirs. But maybe that’s how it seems to me, because I became interested in them only after I joined the club nobody wants to belong to, the club of the seriously bereaved. As soon as this happens “You see all the widows and widowers coming towards you,” Julian Barnes writes, in his great grief memoir, Levels of Life.

Although “grief literature” is becoming less coded, more frank, the literature of grief is ancient. The strongest emotions always demand artistic expression. (Think of Orpheus and Euridice, or Caoineadh Art Ui Laoghaire) Two of the intense “grief stories” in The Long Gaze Back were written probably in the 1950s or 60s, one – mine – in 2015. Mary Lavin’s In the Middle of the Fields deals with the feelings and experiences of a widow, as does my story; Maeve Brennan’s with those of a mother whose baby died, three days old.

Lavin’s story is concerned to a great extent with the economic and practical challenges of the widow. The central incident in the story concerns the unwanted attentions of a neighbouring man who is supposed to be helping her with farm work. The final point of the story, however, is that the dead exert power over the living. (It is the point of Joyce’s story, The Dead, possibly not coincidentally.) They have this power thanks to the strength of love the bereaved have for them – and the necessity for the bereaved to acknowledge this power and love, rather than succumb to external – and internal– pressure to “get over it”.

Love never dies. This is perhaps the central theme in these three stories.

Mrs Bagot cannot stop thinking of her dead baby. Vera, in Lavin’s story, would herself like to forget her husband at least from time to time. “She was less lonely for him here in Meath than elsewhere. Anxieties by day, and cares, and at night vague namesless fears were the stones across the mouth of the tomb.” In my story, the dead husband is present all the time – as are the other dead in the graveyard.

“The woman in the yellow anorak is touching her headstone with both hands, and talking to it.”

All three stories have in common that the protagonists – the bereaved – protest at the lack of understanding the unbereaved have for their situation. They come across as rather angry and impatient, as well as sad. Possibly ungrateful, if you position yourself as one of the friends trying to offer comfort. But of course they protest, because, as Mrs Bagot says, “They wanted her to be silent”. Vera, in the middle of the fields, says, rather angrily, “What did they know about memory? They even tried to upload upon her their own small purposeless memories.” And my narrator ponders on the meaninglessness of the comforting words some friends offer her in good faith:

“You should get a dog. Aren’t you lucky it all happened so quickly! A massage would make you feel much better. ..

Those who have not been bereaved, seriously bereaved, don’t understand grief, is one of the things these three stories are telling us. And in some instances this seems to be a wilful misunderstanding. “They silenced her by telling her God’s will…they mentioned God’s will as though they were slamming a door between her and some territory that was forbidden to her.”

Deep grief embarrasses people – naturally. It is a state that transgresses the boundaries of ordinary social communication; it is as intimate and passionate – and as embarrassing – as deep love. Fiction opens the door on that taboo territory. The quiet intimate form of the short story allows both the writer and the reader to roll back the stones from the mouth of the tomb and explore the mysterious, frightening region where the living and the dead meet.

Eimear Ryan
I wrote Lane in Stay during a time of change and movement. I had recently moved cities and, due to work and sporting commitments, found myself on frequent long drives on small, unfamiliar country roads, often late at night. I’m a slightly nervous driver at the best of times, but back then, I imagined every shadow on the road was an obstacle, every flicker of movement a creature I was about to hit. I started to think of a character for whom driving was a new and strange feeling: where she might be driving, and why.

In the end I wrote about an archetype that has long fascinated me: the widow. Stoic, dignified, frequently the sharpest person in the room and just as often underestimated, the widow suggested intriguing creative possibilities as well as a chance to subvert the expected. Grief, too, is a rich subject, a thread that runs through The Long Gaze Back, from Éilis Ní Dhuibhne’s brilliantly observed The Coast of Wales to Maeve Brennan’s The Eldest Child, which captures the mindset of a mother in the immediate aftermath of her baby’s death. Like Max Porter’s Grief Is the Thing With Feathers, these stories portray grief as both a transformative and a deeply strange experience. As Mrs Bagot observes of those around in her in Brennan’s story: “the rest of them seemed very strange, or else, she thought fearfully, perhaps it was she herself who was strange, delirious”.

The widow in Lane in Stay is also transformed by grief. For her, grief isn’t a process or a feeling to be overcome, but an ongoing state of being, an essential part of her now that her husband is gone. Mrs Bagot’s grief has a similar sense of permanence: “What had happened could not come to an end, that was all.”

Ultimately, the protagonist in Lane in Stay changes from a passive person to one with agency. Having always been the quiet, supporting figure to her gregarious husband, her grief enables her to act out. She experiences, in widowhood, a second adolescence – the joy, freedom and terror of learning to drive; the power and excitement of her ability to seduce. But as she moves from town to town and man to man, sex remains a way for her to connect with her husband and to honour his last wishes: Go out. Meet new people. Have a life. Even in the absence of the man she built a life around, even in another man’s bed, her late husband still guides her every move.

Perhaps that’s the theme that unites most stories about grief: that the relationship with the departed loved one doesn’t end, it merely evolves. The widow in Lane in Stay faithfully reports her encounters with other men to her late husband’s pillow in an ongoing dialogue. In Brennan’s story, the grieving father, Martin, wants nothing more than for normality to resume, with the vain hope that “Maybe tomorrow she’ll be herself again”. His wife, however, is absorbed in watching the gently drifting presence that remains in her room: not gone, just changed.