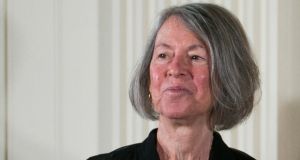 The 2020 Nobel Prize in Literature has been awarded to the American poet Louise Glück “for her unmistakable poetic voice that with austere beauty makes individual existence universal”.

Glück is the first American woman to win the prize in 27 years and only the 16th woman to win.

Born in 1943 in New York, she lives in Cambridge, Massachusetts and is a professor of English at Yale University. She made her debut in 1968 with Firstborn, and was soon acclaimed as one of the most prominent poets in American contemporary literature. She has received several prestigious awards, among them the Pulitzer Prize (1993) and the National Book Award (2014).

Glück has published 12 collections of poetry and volumes of essays on poetry. All are characterized by a striving for clarity, the Swedish academy  said. "Childhood and family life, the close relationship with parents and siblings, is a theme that has remained central with her. In her poems, the self listens for what is left of its dreams and delusions, and nobody can be harder than she in confronting the illusions of the self.

"But even if Glück would never deny the significance of the autobiographical background, she is not to be regarded as a confessional poet. Glück seeks the universal, and in this she takes inspiration from myths and classical motifs, present in most of her works.  The deceptively natural tone is striking. We encounter almost brutally straightforward images of painful family relations. It is candid and uncompromising, with no trace of poetic ornament.
In her own severity and unwillingness to accept simple tenets of faith she resembles more than any other poet, Emily Dickinson."

In one of her most lauded collections, The Wild Iris (1992), for which she was awarded the Pulitzer Prize, she describes the miraculous return of life after winter in the poem Snowdrops:
I did not expect to survive,
earth suppressing me. I didn’t expect
to waken again, to feel
in damp earth my body
able to respond again, remembering
after so long how to open again
in the cold light
of earliest spring –
afraid, yes, but among you again
crying yes risk joy
in the raw wind of the new world.

The decisive moment of change in her work is often marked by humour and biting wit. The collection Vita Nova (1999) concludes with the lines: ”I thought my life was over and my heart was broken. / Then I moved to Cambridge.”

In her brilliant essay Education of the Poet, Glück wrote, “The dream of art is not to assert what is already known but to illuminate what has been hidden”.

For 50 years, Glück has listened hard for hidden voices and found images which speak both to personal crises and perennial mysteries. One of her most famous lines is from her poem Nostos, a Greek word for homecoming, about trying to return to childhood: “We look at the world once, in childhood. The rest is memory.”

And in the title poem of her brilliant and possibly most well-known collection, The Wild Iris, the flower of its title speaks, as spring returns, almost painfully, of its return to life:

whatever
returns from oblivion returns
to find a voice:

Amazed by what emerges from the earth, the poem goes on:

from the center of my life came
a great fountain, deep blue
shadows on azure seawater.

Such abundances matter all the more for this most scrupulous of poets, whose poems seem to edge their way into statement.  Colm Tóibín speaks for many readers when he remembers being introduced to Glück’s work by Eavan Boland:  “I found her poems riveting and filled with feeling and I suppose that maybe that feeling is underneath — is an undercurrent — it’s a very strong undercurrent and she can use very little means to achieve a great deal of effect.”

Tóibín acknowledged her influence on his acclaimed novel, Brooklyn.  “The American poet Louise Gluck has spoken of 'sentences that are clear, communicative and unshadowed’ and I was fascinated by the possibility of writing 'unshadowed sentences’."

Glück’s work often takes unexpected turns: it does not start from politics or fashions, but in the lyric cry and there is, in its constant returns to images of night and the afterworld, a profound apprehension of mythical energies, all of it salted with – and this should not be forgotten – a remarkably spry, dark wit. “Poet must be used cautiously,” she wrote once; “it names an aspiration, not an occupation. In other words: not a noun for a passport.” Louise Gluck has long been a poet,  and maybe this great news will introduce even more readers to one of the defining poets of our time.

Martina Evans, poet and critic, said: “Louise Glück is an absolutely inspirational poet for me. Her true lyrics stay in the mind forever, eerie, atmospheric and indisputable."

The Nobel prize had been mired in scandal since November 2017, when the Swedish Academy, which selects the winner, was caught up in sexual abuse and financial misconduct allegations, which resulted in theconviction of Jean-Claude Arnault, husband of academy member Katarina Frostenson, for rape in 2018. The following January, Frostenson left the academy after she was found to be the source of leaks of previous winners.

The Nobel was postponed in 2018 in the wake of the controversy, but found itself fiercely criticised again over its choice of Peter Handke as winner in 2019. The Austrian author has denied Serb atrocities during the war in the former Yugoslavia, and attended war criminal Slobodan Miloševic’s funeral, prompting widespread condemnation of the Academy’s choice. The 2018 prize was also awarded last year, to the Polish writer Olga Tocarczuk.

Last year’s award was also overhadowed by a hoax played on leading Irish author John Banville, who received a phone call from what appeared to be the academy office in Stockholm telling him that he had won the prize.

Seamus Heaney was the last Irish writer to be awarded the prize, in 1995. WB Yeats was the first, in 1923, swiftly followed by George Bernard Shaw in 1925; and then Samuel Beckett in 1969.