I believe in vampires, enough to self-publish 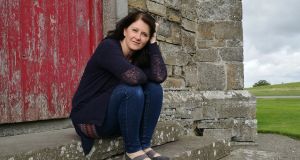 Clare Daly: 'I thought back to what I wanted people to feel when they read my book. I wanted them to escape, to forget the pits that we find ourselves in and allow themselves to disappear somewhere else. It’s why I read myself.'

As a writer, to be unpublished and without an agent can feel sometimes like being at the bottom of a very dark pit. You grasp your book in your hand, your fingernails broken from the constant attempts to climb to the surface. On a good day, you might get over half way and you can see the sunlight above, a glimmer before your foot slips on a rejection and you plunge back down into the darkness.

It’s a filthy place, a stinking hell that erodes your self-confidence. I’d spent two years there, plenty of time to contemplate the fate of my historical vampire tale, Our Destiny Is Blood. There was of course an easy way out. Cast your book aside, the voices whispered. Throw it into the murky blackness and you can leave here, unscathed. Perhaps you don’t have the required skills yet to climb out. Give up. That’s all you have to do.

I was not alone there. There were others, though we rarely spoke. That too takes courage, to listen to the dream spoken from another’s mouth, the same dream as yours. Some mumbled to themselves, others scribbled books anew, the scrape of their pencils on paper in the darkness. Must try harder, must get out. Some did, and I watched them make that climb with joyous enthusiasm. “At last,” they cried on reaching the surface as they grasped the hand of their agent or publisher – the one who would help them steer their dream to a reality.

My first rejection was the worst in so many ways. I had just suffered a terrible loss – my mother had died and two weeks later, in the grip of grief, it came, the words floating down into the pit – “not right for us”. The letters broke apart and fluttered like dead leaves around me. I pushed them away – how important was my book now considering what had happened? But I cried all the same.

Determined not to give up, my submissions continued, as did the rejections. With a standard form rejection like my first, you have no idea what you’re doing wrong but then came rejections which offered some insight. “You write well but I am extremely cautious about historicals as they are difficult to sell,” said a top London agent. Was it my famine setting? Not right for a UK publisher? Others identified, as they saw it, the nub of the problem. “Vampires are over,” one wrote.

Then in February, a godly hand reached down and tapped me on the shoulder. “Come to the London Book Fair, there’s someone we want you to meet.” Me? Now? Only when I got there, the agent I had won a “date” with told me that indeed vampires were dead for another 15 years or so until the cycle came around again. “Write something else and if you feel passionately about your vampires, self-publish them.”

I’d always known it was there, lurking in the darkness. The other route. Less travelled and much more frightening. In a darkened corner of the pit, it lay protected by a steel grate. Since London, I found myself edging closer to it, touching it and hooking my fingers around the narrow bars in curiosity. If I should follow this path, where would it lead and what would it take to open the door?

To go that way would be to expose my work without the “proper validation”, to tell the world that yes, I felt I deserved to be read. I thought back to what I wanted people to feel when they read my book. I wanted them to escape, to forget the pits that we find ourselves in and allow themselves to disappear somewhere else. It’s why I read myself. So, what if I let the readers choose? Choose if they were interested in a supernatural saga set during the famine. Choose if they wanted new vampire fiction, even if the industry was telling me that they didn’t. The grate suddenly popped open, the bars swinging outwards. Self-belief it seemed was the key.

And so, I began to climb a new and different slope. On October 21st, my book went on sale on Amazon and a week later, I found myself at the end of an exciting question from Easons. Was I producing physical copies for retailers? On November 24th, I launched my book in Easons on O’Connell Street surrounded by my family and friends. I was out of the pit, greeted by the moonlight of my own destiny, with decisions taken by me, for me. It was a dream come true to see my book in its physical form with the cover I chose and that I hoped would appeal to readers. Time will tell, but with Easons prepared to take a chance on it, it gave me the confidence to approach Dubray Books, who I’m delighted to say are now also stocking it this Christmas.

The climb is still ongoing but this time the air is fresh and the climb is a snow-covered mountain, full of possibilities. If there’s one thing the pit taught me, it’s that all writers begin there. How you get out is up to you.

Our Destiny Is Blood is on sale at Easons O’Connell Street, Dublin and Easons.com, Dubray Books and Alan Hanna’s Bookshop, Rathmines. It’s also available in eBook and paperback from Amazon. For more information on Our Destiny Is Blood go to my website.