‘How has life led me to this moment?’: Creativity in Jennifer Johnston 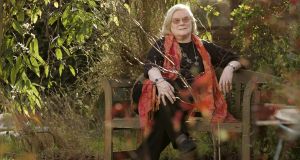 Jennifer Johnston: known for her “parables” about class and religious “borders and cordons and taboos”. Photograph: Dara Mac Dónaill

“Why I die is not the question. All fools know the answer to that one. But how? How has life led me to this moment?” wonders Miranda Martin in Jennifer Johnston’s 1987 novel Fool’s Sanctuary. The question will resonate with each and every one of us who at critical junctures in our lives may wonder about how our lives have deviated from our childhood fantasies and youthful expectations and, like Miranda, may perhaps feel that our lives have been unwittingly led by internalised scripts of which we were barely aware.

Personal as Miranda’s existential reckoning with her past is, her reasons for recreating “the pain of the past” in the midst of “the re-stirring of the pot of violence” link her personal predicament to her country’s: in the 1980s, she evokes the War of Independence as she tries to come to terms with her “indifference to the events of the last few years”.

Her Hamletian musings encapsulate the questions that percolate through Jennifer Johnston’s 19 novels to date: faced with violence and/or death, be it natural or human-inflicted, the underlying question is not why we die, but how we live – which includes how we die. Death and violence prompt the need to look at life anew precisely because they threaten life, disrupt meaning, and force a shift in perception. This shift is the main focus of Johnston’s narratives. It is an interrogating and a creative gesture, epitomised in Miranda’s grammatical shift from a passive to an active voice: if she sees herself as “led by life” and devoid of agency at the beginning of her narrative, she becomes the subject of her last sentences, owning up to her choices and weighing them.

Known for her “parables” about class and religious “borders and cordons and taboos”, as George O’Brien puts it in The Cambridge History of Irish Literature, Jennifer Johnston published her first novel, The Captains and the Kings, in 1972, and would later concede that she wanted to write about the Troubles, but “couldn’t face taking them head-on. So I started to write about the First World War … how people try to keep their lives normal, their feet on the ground, even though terrible things are going on.”

Indeed, if her first novel approaches warfare as a fantasy game played by an aged landlord devoid of any economic or social power he might have inherited and a tenant’s child anxious to escape family poverty and abuse, her third novel, How Many Miles to Babylon? (1974), anticipates later Irish works on the problematic memory of the first World War, from Frank McGuinness’s play Observe the Sons of Ulster Marching Towards the Somme (1986) to Sebastian Barry’s novel A Long Long Way (2005).

Both in The Captains and the Kings and in How Many Miles to Babylon? personal relationships take precedence over public displays of heroism and conventional notions of masculinity are interrogated, as happens again in Shadows on Our Skin (1977), Johnston’s portrait of the artist as a young boy during the Troubles in Derry.

Rather than confirming any stereotypes about male and national heroism, her male protagonists find the inherited versions of masculine heroism inimical to their personal growth and freedom. They thus rebel against the superimposed tyrannies of that public “man’s world”, just like the female protagonists of later novels will rebel against the tyranny of passivity imposed by general consent on the private “woman’s world”.

The diagnosis of such a disabling state of affairs prompts Johnston’s interest in creative characters and creative processes. Though several of her protagonists are or wish to become writers, the fact that some of her most creative characters, such as dying Mimi in Two Moons, are not artists, draws our attention to the fact that the primary challenge is how to “become a person”, in other words, how to live creatively. This creative process entails but is not confined to the artist’s experience, and requires the shift in perspective that features centrally in Johnston’s novels. If anything, the struggle to become an artist may illuminate the challenge faced by individuals and communities to develop a judicious awareness of inherited legacies combined with a commitment to become active rather than purely reactive citizens.

This active and collaborative citizenship involves characters and readers, since Johnston’s elliptical novels invite co-creative readers and recurrently dramatise writing and reading as performative processes for putting experience into perspective.

As Johnston’s young male protagonists indicate, and indeed older male characters in later novels corroborate, in a patriarchal state of affairs becoming a person is hardly a given for either men or women. Having first featured male protagonists in her earlier novels except The Gates (1973), the young Nancy Gulliver in The Old Jest (1979) prefigures the challenges of “becoming a person” and a woman explored by Johnston’s mature female characters from The Christmas Tree (1981), her first portrait of the artist as an adult woman, to The Railway Station Man (1984), The Illusionist (1995), The Gingerbread Woman (2000) and This Is Not a Novel (2002).

The Christmas Tree presents the creative process as involving awareness, finding a voice, and exposure, while The Illusionist sets side by side two artist figures and two modes of engagement with the power of art and words: the male illusionist who uses his power in a secretive, seductive and manipulative way; and his wife, who needs to disentangle herself from his authoritarian power so as to become a fiction writer who discloses her “bag of tricks” before her readers. Indeed, as Stella puts it in her letter to her publisher, “a novel comes in many shapes and forms. Maybe this is too formless, and that is for you to decide.”

The novel confronts us with different uses of words: when used to manipulate others, words sustain relations based on control, which in Martyn’s case combines fear and seduction; when used to survive, words may enable more open and self-questioning relations predicated on a discretionary use of trust.

Jennifer Johnston’s cautionary tales about the uses of words and the wounding and lasting effects of their misuses may stem from the impact of past wars, within the family, Ireland and Europe. In a world in which technology allows us to disseminate words at an unprecedented speed and scale, it is no less apt that Johnston’s readers, in Ireland and abroad, in English and in translation, be reminded of the uses and misuses of words, and of how, like any power, they can be used “like missiles or roses”.

Dr Teresa Casal is a lecturer in English at the School of Arts and Humanities, University of Lisbon