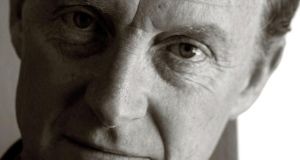 Adam Thorpe: Novelists don’t have to be accomplished poets, yet it clearly helps.

A young girl is missing. Was she murdered, kidnapped, spirited away or had she merely abandoned her life? Admittedly it was a pretty grim existence; her defeated mother and lazy stepfather don’t have any answers. No one does.

Fay is no longer there, “there” being a small nowhere area in Lincoln. Home had been a council estate, the Ermine, “on the west side, which is the rougher half” of the development, or so muses Sheena, a kindly middle-aged sexpot worse for the wear who remains on the hunt for romance.

Sufficiently human to care about the teenager who had been working for her in the shop Sheena formerly owned but now only manages, the older woman frets. That she sells ridiculously expensive children’s clothing seems to reflect the offbeat reality which frequently nudges this very good novel towards intriguing levels of exceptional insight.

It is a familiar theme; a person vanishes and life goes on, as it does with relentless indifference. Many novelists have been drawn to disappearances, often within a political context. This time it is somehow different. But then poet Adam Thorpe, author of nine previous novels and two short story collections, is not only Britain’s most underrated writer, he is also among the most original.

He is a very good storyteller, with an inspired feel for ordinary detail, yet in addition to his understated prose as effortless as it is exact, he excels at characterisation as well as sudden flashes of brilliant comic exasperation. Thorpe’s creations live off the page and although not all of them are likeable, they are always real. Their words and thoughts are true to the personalities Thorpe has crafted for them.

Before any review of Missing Fay or indeed, responses to any of Thorpe’s novels proceed beyond the opening paragraphs, mention is always made of his magnificent debut novel, Ulverton which was published in 1992. “He appeared on the hill at first light” begins one of the finest English novels of all time. “The scarp was dark against a greening sky and there was the bump of the barrow and then the figure, and it shocked. I thought perhaps the warrior buried there had stood up again to haunt us. I thought this as I blew out the lanterns one by one around the pen. The sheep jostled and I was glad of their bells.”

Everything he has done since has been assessed within the broad shadow of the graceful, elegiac Ulverton, a landmark work shaped by imagination, technical control and stylistic grace

It is set in a fictional Wessex village, and a dozen villagers create a communal narrative in telling a story spanning 300 years. Thorpe brought a sophisticated patina to the vision of Thomas Hardy and followed the track led by English literary tradition onwards into the modern era. The novel both established Thorpe, by then already a published poet, and also served to stalk him. Everything he has done since has been assessed within the broad shadow of the graceful, elegiac Ulverton, a landmark work shaped by imagination, technical control and stylistic grace.

It was followed less than three years later in 1995 by Still, an ambitious family epic featuring Ricky, a man at war with past generations. It is very funny and overlooked. Still, a big novel, certainly consolidated the pattern which has followed for more than 20 years; Adam Thorpe put simply is a very good writer who consistently writes very good novels, daring, fluent, invariably original, well-reviewed and overlooked in the wash of hype – added to this he lives in France. His translation of Flaubert’s Madam Bovary (2011) has been acclaimed as definitive. To date he has published five poetry collections.

Missing Fay is dominated by the fragile presence of the missing girl, her pale face peering out at the world from a succession of posters which have become increasingly faded over the months. She is tough, unafraid of stealing and has a vicious tongue. We don’t see much of her but Thorpe ensures she is present, her story suspended, adrift in time, and waiting for further clues, whatever about resolution.

Disapproving of the world

Although the story is interesting and embedded in a mystery which may be solved, far more impressive are the individual situations of various characters that either know the girl or become aware of her. The first of these is David, a Kiwi environmental scientist living in London who has taken his family on a holiday to discover the real Britain. He and his Aussie wife are eco types, increasingly disapproving of the world and of each other.

“Lincolnshire spreads out behind him, as flat and featureless as the Outback. He’d go insane if he had to live here. Bungalow roofs, patches of foliage and the usual in-your-face glint of antennae and pylons. That’s about it. The kids hate walking so the Wolds were hopeless. Nothing he has ever seen in the world outside New Zealand is anything as spectacular as New Zealand, but this is ridiculous . . . Why did he leave New Zealand in the first place?” As he stares out across the sand, he notices humans: “ . . . other people scattered on the beach; those sitting down are looking at their mobiles, not the sea. That’s what we’ll all be doing the moment the climate apocalypse happens. We won’t even lift our heads from those tiny screens.”

While he battles negative feelings for his wife, children and just about everything else, he notices the poster and decides to help find the missing girl. It is a forceful opening sequence, funny and well-observed. Above all it indicates Thorpe’s level of intent. There is nothing new about the narrative, a series of self-contained yet subtly inter-linked studies of several characters sharing varying levels of connection with Fay the girl or at very least, her plight.

They also have their own stories. Of these Serena, the kiddie’s boutique manager is poignant and convincing. She confronts her loneliness and rage as she dismisses her much younger, short-termed lover who exits her life with a vile string of abuse. As he storms out into the night, she wonders at the racket they have made: “It must have woken the whole neighbourhood . . . Maybe there’s no one left alive . . . Maybe everyone’s as dead as herself, and just getting on with life as if we aren’t dead, not at all. Shivering so hard her teeth are, yes, actually chattering like in the books.”

Elsewhere Cosmina, the Romanian healthcare worker, attempts to make sense of the kindness shown her by a depressed secondhand book shop owner. The only weak element is Chris, a married radio producer who seeks salvation in a monastery.

No there is nothing new or particularly daring, yet it is believable, human, sustained by characterisation, nuanced prose and a robust, natural humanity all of its own. Further evidence, as if needed, that Adam Thorpe is a very fine writer indeed. Novelists don’t have to be accomplished poets, yet it clearly helps.

Eileen Battersby is Literary Correspondent of The Irish Times and will be reading from her novel Teethmarks on My Tongue at Hinterland Festival, Kells, on June 24th