The child we wanted to adopt was a 12-year-old with autism and developmental disabilities. Our main reason for choosing her was it was unlikely anyone else would 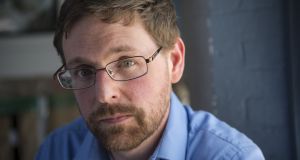 Benjamin Ludwig: it’s a crime that some people, especially children, don’t have homes or families

Adoption isn’t at all like you see in the movies, when a couple visits an orphanage, roams up and down an aisle of beds, and then stops to gaze on a cute five-year-old holding a teddy bear. When you decide that you’re ready to adopt, you become a foster parent first, a process which involves taking seminars and classes, attending conferences, allowing social workers into your home for home visits, allowing fire officials in for safety inspections, agreeing to extremely personal (often invasive) interviews, and visiting your local police station to be fingerprinted.

At some point before all those things are completed, you start reading through profiles, looking at pictures of kids, requesting more information about some. And then you settle on one you’re interested in. You email and talk with her social workers and her current foster parents, read through therapists’ and counsellors’ notes and selected passages of legal documents, and then – if you decide you want to adopt this child about whom you still have only second-hand information – you create, for the child, a picture album/portfolio of what you and your home look like.

All of which we did, because the state won’t let you even meet the child until you say that you intend to adopt her. Some people think this practice is absurd, but the state has a method to its madness. Social workers know that the last thing a foster child needs is to know that a couple has expressed an interest in adopting her, only to have them change their minds.

The child we wanted to adopt was a 12-year-old, brown-haired, green-eyed girl with autism and developmental disabilities. Our main reason for choosing her was because it was unlikely that anyone else would. We wanted to be a family for someone who truly, desperately needed one. Infants and toddlers eligible for adoption get scooped up quickly. Teenagers and pre-teens are much more difficult to place.

The day of our first scheduled meeting was her 13th birthday. The idea was we’d be her birthday present. She wasn’t home from school yet, but she knew we’d be there waiting for her when she got off the bus. She’d been told two weeks prior that we wanted to adopt her, that we wanted to be her Forever Family. We sat at the dining room table with her foster parents and one of our social workers, waiting and making small talk, trying to act as if what we were doing was the most normal thing in the world.

She was beyond excited, in her own quirky way, when she ran into the house. She said she couldn’t wait to come live with us, to meet her new dogs, to see her new room. We were excited too, but we didn’t forget what we’d learned in our training. As she gushed about how happy she was, alarm bells went off in our heads, just as Karen our social worker said they should. We were glad to see her enthusiasm, but she wasn’t excited about us. She was excited about the prospect of going to a permanent, safe place.

That’s when the true nature of our work became suddenly obvious. We had to form a legitimate, loving bond with our new daughter, one that was based on a relationship as opposed to the fulfillment of basic human needs. She had no real affection for us, at first. How could she? And likewise, if I’m truly honest, we had no real affection for her. Green eyes or not, we didn’t know her.

We asked ourselves some terrifying questions. What if, despite everyone’s best intentions, she doesn’t like us? What if we don’t like her? What if she’s too much to handle? In the end, we didn’t have answers for any of them. All we had were good intentions. Fortunately, good intentions were all we needed. There were struggles, especially when we started having biological children, but for the most part our adopted daughter blended into our family beautifully.

It drives me a little crazy when people say, Why? Why would you adopt a teenager with so much baggage? I could never do something like that. It wouldn’t jive with my lifestyle.

I used to give really snarky answers to those sorts of questions because I believed – and still believe – that it’s a crime that some people, especially children, don’t have homes or families. But all moral outrage aside, I’ve also come to believe that my wife and I were predisposed to adopt. Our upbringing and experiences moulded us, shaped us into people who needed to adopt. In that sense, our decision to adopt is neither crazy nor admirable. It’s just our way of being the only way we know how to be.
Ginny Moon by Benjamin Ludwig is published by HQ