Colum McCann: ‘My mother will be jumping out of her chair’ 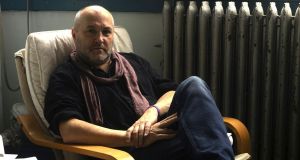 Colum McCann says that his heart is “firmly back in Dublin”, where lots of family will have woken up to the news that he has been longlisted for this year’s Booker Prize, and that his mother would be “jumping out of her chair” at home in Deansgrange, in south Co Dublin, to hear him talk about his nomination.

The New York-based author, who is the only Irish writer among the 13 novelists up for the literary award, told Morning Ireland, on RTÉ Radio 1, that it was a strange feeling but also a “tremendous honour” to have been nominated for his novel Apeirogon – and that his phone and email have been “blowing up” since the longlist was announced, at midnight.

Apeirogon is based on the true stories of two fathers, one Palestinian, one Israeli, whose children were killed in the Middle Eastern conflict. “This one is an enormous one. I’m very proud,” he said. “There could have been any number of Irish writers alongside me, that has to be said first and foremost. There are a number of great books that came out this year from Irish writers.”

McCann told Rachael English it was fantastic that eight of the 13 longlisted authors are young writers, “given the fact that here we are right now in a political moment when there are all sorts of new voices, new stories being told”.

“I think the list, whether consciously or unconsciously or subconsciously, sort of reflects the new political moment, in that there are eight debut, first-time authors. That doesn’t normally happen for an award like this,” he said.

“It is kind of magnificent that there is so much freshness and surprise about it, given the surprise of the times we are in and the way we are looking for new, younger voices to come through and teach us about how it is we live, where we live and so on. It is important to figure out what other people are saying in other places, and to go into new places with literature... You go into a place that you do not necessarily know, and you learn how to celebrate a whole new culture by engaging with it.”

The Irish Times review of Apeirogon calls it a commendably audacious high-wire act by “one of the finest writers of his generation, Irish or otherwise”.

The Booker Prize short list will be announced in September.