A memoir of loss written in melodic prose

Brief reviews of Mother: A memoir by Nicholas Royle, The Spartans by Andrew Bayliss and Large Animals By Jess Arndt 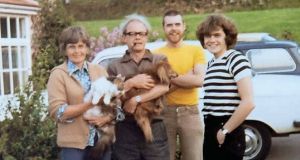 The front cover of Mother: A memoir by Nicholas Royle.

Mother: A Memoir
Nicholas Royle
Myriad Editions. £8.99
Stories of loss can hit even harder at times, like now, when loss appears to be all around us. In this memoir of a feisty nurse and autodidact, Royle looks back at two losses of his mother - the first to dementia, and then her eventual passing. His recollections echo how we remember our past; as snippets of time within bigger occasions, stories we half recall, not in chronological order. Tenderly, often humorously, Royle captures the essence of moments when Kate - or Kathleen as her husband always called her - was engrossed in fiendish crossword puzzles, swearing at fox hunters or mourning her youngest son. The searching, melodic prose reaches out to philosophy to make sense of the feelings and true, true love lingers throughout. - Claire Looby

The Spartans
Andrew J Bayliss
OUP, £10.99
“Sparta was a unique, often brutal society, considered an enigma even in antiquity” and Andrew Bayliss here skilfully explores its best and worst aspects, separating myth from reality. Beginning with the heroics at Thermopylae (not as simple as generally believed), the book goes on to outline the inequalities of Spartan society, its “notoriously hard” and highly militarised lifestyle, the harsh upbringing of children with emphasis on discipline and obedience and much physical punishment, the position of women and the brutal treatment of the “helots”. On the plus side, Sparta had a state-run education system which included girls, and women’s role was much more public than elsewhere in ancient Greece (although their primary duty was seen as childbearing and after marriage they lived secluded lives). A readable, informative, excellent survey. - Brian Maye

Large Animals
By Jess Arndt
Cipher Press, €10.99
In Large Animals you never quite know where you are, in stories that take you from gambling, to phoning ex-lovers in the small hours, to odd, suffocating dreams. There is a liminal quality both to who is narrating, and to the location, which gives this volume an off-kilter, other-worldly, hallucinogenic quality. It’s an unsettling read, at times challenging, veined with introspection-even if the subject of introspection is often shape-shifting. These twelve highly original stories are like a strange kaleidoscope, dizzying and sometimes perplexing, narratives to keep you guessing, which bear a second reading. The writing is both flower and sinew, gymnastic prose with a pungency, piquant phrases that punctuate a slip-sliding overall narrative. Short listed for the California Book Prize, and longlisted for The Story Prize, Arndt’s debut collection is short, sharp, and shimmering. - Ruth McKee