Bray Literary Festival: one for the many, not the few

Author Tanya Farrelly knows how competitive the festival circuit can be, which is why she and her writer husband David Butler decided to do something different 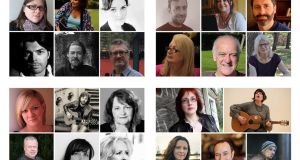 Some of the faces appearing at Bray Literary Festival in September 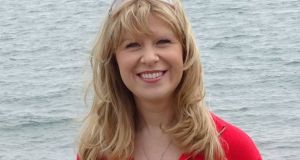 Tanya Farrelly: “I noticed the same names were cropping up in Irish literary festivals – and that many talented writers seem unable to break through that wall”

People in ecstasy or mud were not a surprise at Glastonbury. Then Jeremy Corbyn walked on stage and electrified everyone as he read a 200-year-old poem by Percy Bysshe Shelley – raising a battle cry from people with the potential to change everything.

Sharing things which shape us, which move us, is more important than ever, believes Annemarie Ní Churreáin, whose poetry collection Bloodroot (Doire Press) debuts this autumn.

“In these strange times, literature festivals are essential. We need spaces in society that promote writers and writing. The arts are, after all, the radios by which we hear ourselves and others, the mirrors by which we can begin to understand who we really are.”

Annmarie is one of more than 30 exciting artists taking part in Bray Literary Festival (September 23rd-24th), a new event curated by Tanya Farrelly. Farrelly is author of The Girl Behind the Lens (Harper Collins, 2016) and won this year’s Kate O’Brien award for her short story collection When Black Dogs Sing (Arlen House, 2016). She knows how competitive the festival circuit can be, which is part of the reason she and her husband – writer, poet and actor David Butler – decided to kick off something different in Bray.

“We are both natural organisers who are passionate about literature and offering support to fellow writers. I noticed the same names were cropping up in Irish literary festivals – and that many talented writers seem unable to break through that wall. Festivals certainly need headliners to attract an audience but we want to offer a broader spectrum. We’re planning a range of events from well-known writers to published writers who get fewer opportunities, to emerging writers who have yet to have their debut published.”

Selling books these days is challenging, both for authors and small publishers. Pieces about the financial reality of being a literary fiction author, or how some publishers like New Binary Press are breaking even or running at a loss, although they don’t represent everyone, do speak for many. Festivals are a lifeline for writers. They are a way of connecting with readers, attracting media attention and promoting their books. There are several festivals in Ireland throughout the year, from established beauties like Cork Poetry Festival and Listowel Writers’ Week, to boutique events like Doolin Writers’ Weekend, which seem a work of art in themselves.

But breaking into the festival circuit can be difficult; competition is acute and spaces limited. Farrelly stresses how tough it was to choose the final line-up as there were so many applications, but that as writers she and Butler wanted to be as fair as possible.

“I think we are more aware of the difficulties that writers encounter in their effort to get both themselves and their work out there. We see the injustice of certain writers featuring in festivals when it is clear that the selection was not made on the merit of the work. Merit is subjective, I’m well aware, but I’ve seen situations where someone who has a vast body of published work and has won prestigious awards is unable to get a reading at a festival, whilst someone who has maybe one book and many contacts has managed to do so. This sort of thing really makes me question the ethics of selection. I know I’m not alone in thinking this.”

One of the fresh voices to feature at Bray is Liz Quirke, winner of this year’s Listowel poetry prize, whose volume The Biology of Mothering comes out this year with Salmon.

“As an emerging poet who is just about to have a debut collection published, having my first proper festival reading at an event like Bray Literary Festival or winning a competition at the likes of Listowel Writers’ Week are invaluable steps in my artistic apprenticeship. Not because of the accolades but due to the more accomplished writers I meet at these events. I really appreciate hearing and sharing platforms with artists who are further along the road because there’s so much to be learned at my stage of writing. Bray will be fantastic in that regard.”

The pleasure of mixing with other writers is not limited to those starting off. Nuala Ní Chonchúir, one of Ireland’s finest short story writers, has just launched her latest collection Joyride to Jupiter (New Island) to outstanding reviews, and will be in conversation with Catherine Dunne at Bray.

“Festivals are important to me as that’s where I get to mix with other writers, put faces and personalities to the writerly friends I have online, and discuss the comforts and challenges of literature. They’re a welcome break from the solitude of the desk and a great place to experience the work of writers I don’t know.”

Escaping from the isolation of writing is also a draw for Alan McMonagle, whose “fierce and funny modern odyssey” Ithaca (Picador) was nominated for the 2017 Desmond Elliott Prize.

“Attending the Cúirt International Festival of Literature in Galway many years ago was my first taster. I went to hear the wonderful American poet Galway Kinnell. A big gentle broth of a man who strode out onto the stage and recited Patrick Kavanagh’s Innocence. I was transfixed. What I like about writing is the opportunity to hang out with people who do not exist. And by extension performing at a festival somehow allows me to fleetingly inhabit these varied and usually off-kilter characters. Most of all I enjoy the opportunity to vacate the cave for a little while and engage with readers and writers.”

Not only will emerging and established writers share a stage, there will be a mix of genres too. Bray will host bestselling crime writers Louise Phillips, Arlene Hunt and Sam Blake. Kelly Creighton, whose crime novel The Bones of It (Liberties) was San Diego Book Review’s Book of the year 2015, will read from her forthcoming short story collection Bank Holiday Hurricane (Doire Press).

“The festival already has a great buzz about it and is making waves with its inclusive programming. I’ll be reading at the multi-genre event. Many authors write in different forms and across genres, so it’s wonderful to see the organisers embrace this, forget about pigeonholing people and give their work a platform instead.”

Taking something from page to stage is transforming. When you thought of Shelley, you probably hadn’t envisaged Corbyn incanting “rise like lions” to the ecstatic roar of a crowd, or later that night at Glastonbury for his words to be mixed into a techno set. But this is what writing is – alive, fluid, powerful. As Ní Churreáin puts it, “Bray Literary Festival is not just a celebration of books and the written word; it’s a celebration of some of the boldest and most exciting thinkers and creators working in Ireland today.”
Visit the festival’s website for details on writing competitions, how to be a patron and a full list of events.