Booker Prize 2020: Colum McCann on longlist heavy with debuts and US authors 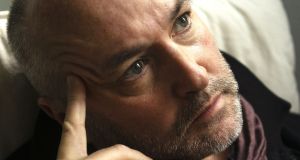 If there is a slightly unfamiliar feel to this year’s Booker Prize longlist, there are three good reasons for that. Eight of the 13 authors are first-time novelists; five of the books have not yet been published, some postponed because of the pandemic; and nine of the authors are US-born or -based.

One of the latter, Colum McCann, is the sole Irish representative on the list, for Apeirogon, his fragmentary novel based on the true stories of two fathers, one Palestinian, one Israeli, whose children were killed in the conflict between their two peoples. The Irish Times review called it a commendably audacious high-wire act by “one of the finest writers of his generation, Irish or otherwise. Apeirogon can only further consolidate his reputation.”

Diane Cook (US) for The New Wilderness (Oneworld)
Tsitsi Dangarembga (Zimbabwe) for This Mournable Body (Faber & Faber)
Avni Doshi (US) for Burnt Sugar (Hamish Hamilton)
Gabriel Krauze (UK) for Who They Was (4th Estate)
Hilary Mantel (UK) for The Mirror & the Light (4th Estate)
Colum McCann (Ireland/US) for Apeirogon (Bloomsbury)
Maaza Mengiste (Ethiopia/US) for The Shadow King (Canongate)
Kiley Reid (US) for Such a Fun Age (Bloomsbury Circus)
Brandon Taylor (US) for Real Life (Originals, Daunt Books)
Anne Tyler (US) for Redhead by the Side of the Road (Chatto & Windus)
Douglas Stuart (Scotland/US) for Shuggie Bain (Picador)
Sophie Ward (UK) for Love and Other Thought Experiments (Corsair)
C Pam Zhang (US) for How Much of These Hills Is Gold (Virago)

It is a disappointing tally in a strong year for Irish fiction, with highly acclaimed works by established names (Actress by Anne Enright; Hamnet by Maggie O’Farrell; A Thousand Moons by Sebastian Barry) and promising debutants (in particular, Exciting Times by Naoise Dolan and This Happy by Niamh Campbell).

It is no surprise, however, to see Hilary Mantel among the nominees for The Mirror & the Light, the concluding part of her Thomas Cromwell trilogy, the first two of which, Wolf Hall (2009) and Bring up the Bodies (2012), each won the Booker Prize. “The Mirror & the Light completes a tragic arc in which Thomas Cromwell is finally brought down by the police state he designed,” the judges say. “Mantel’s masterful exhibition of sly dialogue and exquisite description brings the Tudor world alive.”

Anne Tyler is another well-known name. The judges say of Redhead by the Side of the Road, her 23rd novel: “Anne Tyler’s beautifully written story unfolds a very human tale of redemption. Her benevolent eye makes even an unattractive character like Micah Mortimer a sympathetic protagonist.”

The longlist has been selected by the editor, literary critic and former publisher Margaret Busby, who is also the chair of the judging panel; the author Lee Child; the author and critic Sameer Rahim; the writer and broadcaster Lemn Sissay; and the classicist and translator Emily Wilson.

Busby says: “Each of these books carries an impact that has earned it a place on the longlist, deserving of wide readership. Included are novels carried by the sweep of history with memorable characters brought to life and given visibility, novels that represent a moment of cultural change, or the pressures an individual faces in pre- and post-dystopian society.

“Some of the books focus on interpersonal relationships that are complex, nuanced, emotionally charged. There are voices from minorities often unheard, stories that are fresh, bold and absorbing. The best fiction enables the reader to relate to other people’s lives; sharing experiences that we could not ourselves have imagined is as powerful as being able to identify with characters. Unplanned, our final selection encompasses both seasoned favourites and debut talents – a truly satisfying outcome.”

In a list dominated by US and British authors and contemporary settings, The Shadow King by Maaza Mengiste, about an Ethiopian woman who joins the fight against Mussolini’s invading army, intrigues.

The shortlist of six books will be announced on September 15th and the winner in November. The £50,000, or €55,000, prize was won jointly last year by Girl, Woman, Other, by Bernardine Evaristo, and The Testaments, by Margaret Atwood.

What the judges say about the longlisted books

The New Wilderness by Diane Cook
To be published on September 3rd
“Wonderfully imagined and written, this is a tense future-shock novel that’s also a tender exploration of a mother-daughter relationship under extreme pressure.”

Burnt Sugar by Avni Doshi
To be published on Thursday
“This utterly compelling read examines a complex and unusual mother-daughter relationship with honest, unflinching realism – sometimes emotionally wrenching but also cathartic, written with poignancy and memorability.”

Who They Was by Gabriel Krauze
To be published on September 3rd
“Magnificent in its relentless intensity and searing honesty, this is a new voice arriving fully formed and raring to go.”

Apeirogon by Colum McCann
Read the Irish Times review; read an interview with Colum McCann
“Apeirogon is both a gripping novel about two bereaved parents and a moving reflection on what it might mean to make peace between two warring sides.”

The Shadow King by Maaza Mengistie
“The Shadow King is a meticulously researched and lyrical novel, a beautifully constructed historical fiction of women in war. We were drawn into the story of Hirut, the lead character who has, until now, never been heard. It is a brave, noble, gripping book that would not have been written at any other point in history.”

Such a Fun Age by Kiley Reid
Read the Irish Times review
“Insightful about so many issues – particularly inter-racial relations, privilege, wealth– and rooted in the history of black women caring for white children, this is a gripping first novel, peopled by wholly believable and engaging characters.”

Real Life by Brandon Taylor
To be published on August 27th
“This debut is a fresh take on the age-old campus-novel tradition, providing a deeply painful, nuanced account of microaggressions, abuse, racism, homophobia, trauma, grief and alienation. We admired the vivid ways the book evokes daily, repetitive action as well as memory and fantasy to get at its profound central question: what is ‘real life’ anyway?”

Redhead by The Side of the Road by Anne Tyler
Read the Irish Times review; read an interview with Anne Tyler
“Anne Tyler’s beautifully written story unfolds a very human tale of redemption. Her benevolent eye makes even an unattractive character like Micah Mortimer a sympathetic protagonist.”

Shuggie Bain by Douglas Stuart
To be published on August 6th
“We were bowled over by this first novel, which creates an amazingly intimate, compassionate, gripping portrait of addiction, courage and love. The book gives a vivid glimpse of a marginalised, impoverished community in a bygone era of British history. It’s a desperately sad, almost-hopeful examination of family and the destructive powers of desire.”

Love and Other Thought Experiments by Sophie Ward
Read the Irish Times review
“This debut is an extremely original, genre-bending novel that melds Anglo-American analytical philosophy with realist social drama and futuristic science fiction, featuring travel across time, space and multiple dimensions. It’s a mind-expanding, bold, constantly surprising book, full of zest and a spirit of adventure; its intellectual verve is balanced by a deep human warmth, in the rich portrayal of two women, their son and an ever-changing world.”

How Much of These Hills Is Gold by C Pam Zhang
Read the Irish Times review
“The haunting and heartbreaking story of two immigrant children coping alone amid the fading leftovers of the Gold Rush in 19th-century California.”