Anne Tyler is famous for writing extraordinary novels about ordinary people. Her latest is no different 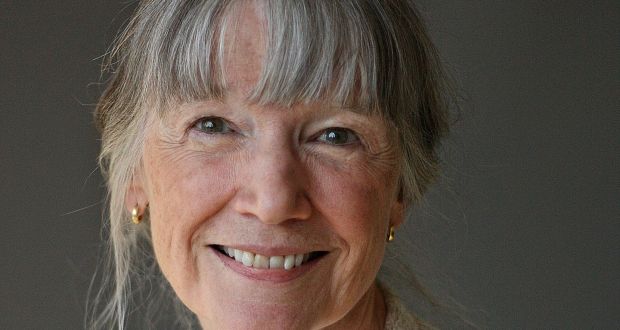 Book Title:
Redhead by the Side of the Road

“Does he ever stop to consider his life? The meaning of it, the point? Does it trouble him to think that he will probably spend his next thirty or forty years this way? Nobody knows. And it’s almost certain nobody’s ever asked him.” Meet Micah Mortimer, the curmudgeonly, mid-40s protagonist of Anne Tyler’s latest novel Redhead by the Side of the Road. Micah is in many ways a classic Tyler character. He lives in Baltimore and makes a mediocre living as a computer technician. He has a girlfriend that he likes well enough, and a big, brash extended family that he visits from time to time.

Tyler is famous for writing extraordinary novels about ordinary people. Redhead is no different in this respect, but it has a slighter feel to it than some of her masterpieces. A short book that gives a brilliantly detailed, tender depiction of one man’s regrettable way of living, Redhead has a breezy style that is more akin to Vinegar Girl, Tyler’s recent rewrite of The Taming of the Shrew for the Hogarth Shakespeare series, than it is to the titles that have made her a household name – Dinner at the Homesick Restaurant, the Pulitzer-winning Breathing Lessons, Booker-nominated A Spool of Blue Thread, or last year’s luminous Clock Dance.

There are echoes of Clock Dance in her new book. Both novels hinge on unusual scenarios that pair up older and younger generations. In Redhead, Micah is a man sorely in need of someone to disrupt his regimented routines (recalling also Macon Leary of The Accidental Tourist). An omniscient narrator literally invites us in the opening pages to observe his safe, meagre existence: early morning runs, healthy breakfasts, few friends, detachment from his family and girlfriend, apathy for his work, and a vigorous cleaning regime for his house. Like most of Tyler’s characters, there is nothing inherently bad about Micah, except for the fact that the self-contained way he’s living hurts both himself and those around him.

Told as one long section with no chapter breaks, there is a fable-like quality to Redhead

When the son of an ex-girlfriend arrives one morning on his doorstep, Micah is forced to care, if only for a few days, for someone other than himself. The relationship that develops between the pair is vintage Tyler – college freshman Brink thinks Micah might be his father. Where other authors would go for the obvious storyline, Tyler works her magic with this more unusual and yet somehow more realistic premise, where a boy and a man who have no biological connection end up helping each other to change.

Told as one long section with no chapter breaks, there is a fable-like quality to Redhead. Though sparingly used, the omniscient voice is Dickensian, alerting us to the moral of the tale. There are overtones of Scrooge, and Melville’s Bartleby. Afraid of letting anyone too close to him, Micah is miserly with his time and love. Neglect is a major theme. In Tyler’s nuanced world, this manifests as a lack of cultivation.

Other trademark Tyler traits include quiet humour, emotional intelligence and razor-sharp insight. Micah’s job as a computer technician brings plenty of funny, relatable scenarios: “Old ladies had the easiest problems to fix but the greatest numbers of fractious questions.” His closest friend, meanwhile, seems to be a computerised driving system called Traffic God. They bond over speed limits: “He didn’t hold with the theory that the law allowed a tad bit of wiggle room. If thirty-five miles per hour really meant thirty-eight, they ought to go ahead and say thirty-eight.”

Elsewhere, Micah’s world-weary personality comes through in telling asides: “The thing about old girlfriends, Micah reflected, is that each one subtracts something from you. You say goodbye to your first great romance and move on to the next, but you find you have less to give.”

Fleeting glimpses of Micah’s family show his role as outsider, the only brother amid five talkative sisters: “When you grow up in that kind of chaos you vow to do things differently once you’re on your own.” The problem with Micah is that he’s removed himself one step too far. The redhead of the title is actually a fire hydrant that he mistakes for a human while jogging. Another scene sees him think a newspaper box is “a child in a bulky jacket”. The message is patently clear: by choosing to close himself off from the stresses and emotions of everyday life, Micah dehumanises himself and others.

But it takes a writer like Tyler to deliver that message in language we won’t forget: “Sometimes when he was dealing with people, he felt like he was operating one of those claw machines on a boardwalk, those shovel things where you tried to scoop up a prize but the controls were too unwieldy and you worked at too great a remove.”