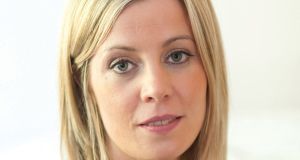 Caitríona Ní Chléirchín’s acute awareness of poetry in Irish, makes full use of the riches of assonance and consonance

Ireland possesses the oldest vernacular poetry in Europe. Its earliest forms (dating from the sixth century AD) trace the movement from a pagan to a Christian Ireland. The initial reliance on alliteration, indicative of the importance of the oral element in the work, yielded, in later centuries, to the complex patterning and the use of syllabics in metres deployed by the bardic schools.

The rules of versification such as uaim (concord) and comhardadh (rhyme) are true markers of a sophisticated culture. The poems of the bardic age are among our finest cultural artefacts. An awareness of this rich heritage and a relish for the sonic possibilities of the Irish language, continues to prompt contemporary poets to write out of this tradition. As Máire Mhac an tSaoi said, “In my Irish, I commanded a much richer and more authoritative medium than in my Dublin, middle-class English”. The three books reviewed are among the latest additions to this rich poetic vein.

Crann na Teanga/The Language Tree by Cathal Ó Searcaigh (The Irish Pages Press/Cló an Mhíl Bhuí, £28) is a handsome hardback volume of his selected poems that stretches back to 1975 and his earliest publications. It offers readers an insight into the 16 collections published over 40 years. Just as early Irish poems mapped the connections between the pagan and Christian eras, Ó Searcaigh’s links between the Irish literary tradition and the poetry of other realms.

For instance, a poem written to Isaac Rosenberg, the British war poet, uses images typical of that genre, assuring the dead poet of his solidarity in the light of misguided patriotism. Lá de na Laethanta, a prose poem, explores Ó Searcaigh’s poetic inspiration, making reference to “sponge mo shamlaíochta” (the sponge of my imagination). The incorporation of the English word “sponge” into the Irish text is symptomatic of a hybridity relished by Ó Searcaigh. Elsewhere, Rothaí Móra an tSaoil (The Wheel Turns), takes its title from Micí MacGabhann’s migrant diary, translated by Valentin Iremonger as The Hard Road to Klondike. It stands as a reminder of the wanderings of the Irish diaspora.

Ó Searcaigh’s brilliant poems also wander through a variety of literary forms, exploring conventions from the Gaelic tradition but also subverting them. The poem Dúil (Desire), for instance, takes the traditional drinking song and turns it into a love poem to the boy behind the bar. Instead of using the ballad form, typical of drinking songs in Irish, Ó Searcaigh composes his version in rhyming couplets, playing with traditional Irish cliches, like turf fires, to evoke gay love. Ó Searcaigh’s book reminds us that he is one of the finest poets writing in Ireland today.

Paddy Bushe, the 2017 winner of the Irish Times Poetry Prize for his poetry in English, was the accomplished translator of most of the poems in Ó Searcaigh’s volume. He has translated his own Irish-language poems in a new bilingual selection of poems, Second Sight (Dedalus Press, €12.50/€25), issued by Dedalus following that publishing house’s edition of Doireann Ní Ghríofa’s bilingual Lies in 2018.

It contains many fine poems, among them Bé Glas D’Orsay (The Green Goddess of Orsay), dedicated to Ó Searcaigh. This long poem was written after Bushe’s residency at the Centre Culturel Irlandais in Paris. It invokes the relief sculpture in wood by Georges Lacombe that can be found in the Musée d’Orsay. The repetition at the beginning of each tercet of Seo Chugat Í (See She is Coming Towards You) creates a hypnotic form, invoking the goddess or the muse, calling down blessings on the poetic endeavour.

Like Ní Ghríofa, Bushe is equally accomplished in both languages. Any question as to why he writes in both can be found in a the first distich of Aonghus Úrghlas ag 70/Evergreen Aonghus at 70: “So what má tá an dubh curtha go snasta ina gheal ort/Ag an aimsir? Ní raibh dul amú ort riamh faoi ghile […]”. The agility and compression that Irish allows in those lines becomes plainer and most descriptive in English: “So what if time has belied you, and turned those jet/Locks white? You were never one to deny the light […].”

Bushe is the convenor of the Amergin festival in Waterville, Co Kerry, celebrating Irish poetry via Amergin, Ireland’s first poet. Bushe’s poetry bears testament to the ties he has created with other poets and other traditions, notably Scots Gallic poetry, via a poem written in homage to Somhairle MacGill-Eain.

Caitríona Ní Chléirchín’s The Talk of the Town (Gallery Books, €11.95/€18.50) is another volume in the Gallery Press series devoted to poets writing in Irish. Following the success of books by Nuala Ní Dhomhnaill, Ailbhe Ní Ghearbhuigh and Aifric MacAodha, this most recent endeavour pairs the poetry of Ní Chléirchín with the translations of Peter Fallon.

The poets are given equal billing on the front cover. Both the originals and Fallon’s recreations are very moving poems of love and loss. Ní Chléirchín’s acute awareness of poetry in Irish, makes full use of the riches of assonance and consonance. In a poem like Spealadóireacht, the repeated “f”’ and “I” sounds swish through the poem, like the scythe through the hay.

Ní Chléirchín and Ó Searcaigh are Ulster poets and use dialectal variations of the Irish language as it is spoken in Ulster, drawing also on the traditions of farm work and day labouring which marked the history of the province. Fallon’s careful rendering of the poem on the facing page Mowing (with Scythe) echoes the tone of lament. Where Ní Chléirchín draws on syllabics and the Irish-language rhyming tradition, Fallon opts for a skeletal 14-line form, to form a sonnet that has been hewed by the titular scythe.

The language itself indicates that songs are said rather than sung, an allusion to the sean-nós tradition. The poems are responses to Heaney’s exploration of the Northern experience and can be read in conjunction with The Singing School sequence in North.

All three volumes are a testament to the ecology of the dual language format that makes Irish-language poetry accessible to Anglophone readers, a tradition owing much to the pioneering work of Dermot Bolger and the Raven Arts Press. The publishers are to be saluted for the courageous engagement displayed in these collections, ensuring that Irish-language poetry will persist on this island for years to come.
Clíona Ní Ríordáin is a professor of English at the Sorbonne Nouvelle in Paris. Her most recent publication is English Language Poets of University College Cork 1970-1980 (Palgrave, 2020)