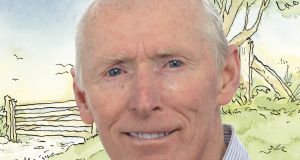 Author Sam McBratney, who wrote the children’s classic Guess How Much I Love You, has died aged 77, his publisher, Walker Books, has announced.

Author Sam McBratney, who wrote the children’s classic Guess How Much I Love You, has died aged 77, his publisher, Walker Books, has announced.

The bedtime tale of two nutbrown hares - who try to express their affection for each other, ending with the now well-known phrase “I love you to the moon and back” - became a children’s classic. It was translated into 57 languages and more than 50 million copies have been sold worldwide.

But to its author, Walker Books said, it remained “a lighthearted little story designed to help a big one and a wee one enjoy the pleasure of being together”.

McBratney, who was born in Belfast and graduated from Trinity College, Dublin, was a teacher before becoming a full-time author, and wrote more than 50 books.

“You could recognise his voice in a moment - he was an exceptionally talented wordsmith and always knew exactly what children would enjoy hearing the most,” she said.

“Amazingly humble, he also was a hilarious storyteller and convivial companion. We never had better days than when he would come down from Ireland to visit the offices in London.”

She said “his legacy of kindness and humor will burn bright and carry on” through his stories.

Donna Cassanova, character publisher with Walker Books, said she felt “such great sorrow at the passing of my dear friend Sam, but also an immense sense of pride, and privilege, to have worked for so long with such a master of his craft”.

She said: “Through the years, as Guess How Much I Love You achieved great success and acclaim, Sam never failed to express his profound surprise at the power of the message within his text.

“The joy he felt at knowing so many people around the globe connected with the gentle celebration of unconditional love was ever palpable.”

A sequel to Guess How Much I Love You - titled Will You Be My Friend? - is due to be published later this month.

“When writing about the hares, I aim to describe moments of emotional significance but with loads of humor and the lightest of touches,” McBratney said.

“This story is about one of those moments. Little Nutbrown Hare’s world suddenly glows with the discovery of friendship.”

McBratney is survived by his wife of 56 years, Maralyn, three children and six grandchildren.