Department of Arts gets hike of 12%, but Arts Council is not happy with modest rise 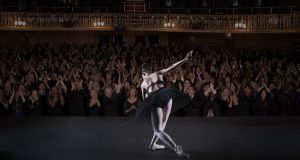 The Department of Arts, Heritage and the Gaeltacht has announced a 12 per cent increase in its budget for 2016, up to €310 million.

The Arts Council has seen its funding rise slightly, by €2.5 million, to €59.1 million. It is the organisation’s first increse in funding for seven years.

Arts council chair Sheila Pratschke described it as “a devastating blow to artists and arts organisations already struggling to survive”.

The council recently published a 10-year strategy to support “new generations of ambitious and innovative artists as well as developing the arts in diverse communities across the country”.

Ms Pratschke said “this allocation will challenge our capacity to deliver on this ambition”.

The big winner is the film industry, for which Minister for Finance Michael Noonan seems to have a particular fondness. Last year saw tax breaks for film extended and ring fenced until 2020. Now, the Minister has increased the cap for eligible expenditure to €70 million, up from €50 million. “It is my hope that the industry will now make the necessary investments in studio spaces in order to attract high quality films and create new jobs,” he said.

In July this year, it was announced that Limerick council has signed a deal with Troy Studios to turn the former Dell factory, in Minister Noonan’s constituency, into a new film studio. It’s expected to be in operation by mid 2016.

The Department of Arts has allocated more than €48 million to the Ireland 2016 Centenary Programme, to commemorate the 1916 Rising, including €31 million for major capital works. These will include new commemorative and visitor centres at Moore Street and the GPO, a new visitor centre at Teach an Phiarsaigh, Ros Muc and the redevelopment of the National Archives and the National Concert Hall.

Minister for Arts, Heritage and the Gaeltacht Heather Humphreys also announced €8 million for a cultural infrastructure programme to fund a new scheme of grants for existing regional arts and cultural centres, and funding for the Cork Event Centre. Funding for the islands and for the 20-year strategy for the Irish language was also increased. Culture Ireland has also seen its funding rise by €3 million – on top of its usual allocation of €2.5 million – for its work in promoting and presenting Irish work abroad.

‘In 2018 I wrote publicly about my heritage. Soon after, the anti-Semitic messages began’
10