Seán McSweeney: An artist who gave us the whole world

The painter was an immensely popular and generous figure, as well as a singular talent 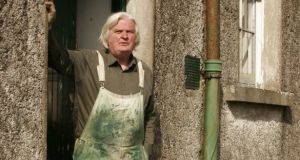 Many in the Irish art world and beyond were saddened to hear of the death at the age of 82 of artist Seán McSweeney on Saturday.

An immensely popular and generous figure, McSweeney was respected throughout the Irish cultural community. He was a mainstay of that community for more than 50 years, following his first solo exhibition at the Dawson Gallery in Dublin in 1965.

Modest and witty, observant and sociable, he had tremendous ease of manner and an instinctive sense of connection with people from all walks of life.

With remarkable consistency of vision, he forged a personal style of representation that absorbed traditional and contemporary artistic elements while always staying rooted in the character of the Irish rural landscape. He is rightly recognised as one of Ireland’s finest ever landscape painters.

Although he was born and grew up in Dublin, the more rural backgrounds of both his parents – his mother’s roots in Co Sligo and his father’s in Co Meath – proved to be the strongest influences on his life and sensibility.

Summers were spent with his aunt and uncle in Co Sligo, and when McSweeney eventually settled there with his family in 1984, the schoolhouse his mother had attended became, and remained, his studio.

His father, schooled in the decorative trades, was a keen amateur artist. Tragically, he was killed in an accident when Seán was only five-years-old, but Seán was familiar with the paraphernalia and techniques of painting from his earliest years thanks to him. Visits to the nearby Hugh Lane Gallery were also a large part of his artistic education.

He later commented that he bypassed drawing, only getting to it later when he attended evening classes at NCAD.

However, from then on he drew constantly, producing myriad brilliant, dynamic sketches, completely in tune with the oil paintings that followed later.

The Phoenix Park and Wicklow provided his first landscape subjects. After he and Sheila Murphy married in 1967 they moved to Co Wicklow: ”I did have this feeling of needing to go and live in the landscape,” he said.

Co Wicklow, like the tree-lined Co Meath landscape inhabited by his father’s family, had “a vertical accent”, and the Wicklow hills, he noted, “are like sponges – they seem to suck in the light”.

He enjoyed many productive years in Co Wicklow, but it is fair to say that much of his best work came following his move to Ballyconnell in Co Sligo.

He took time to adapt to the surrounding flat bogland, which was windswept and fringed by a rocky shoreline, but was won over by the brilliance of the ever-changing light – the Atlantic stretched on three sides “like a big mirror” – and the micro-landscape of the cut-away bog, with its rectangular pools and profuse but diminutive vegetation.

He has been dubbed a successor to Jack B Yeats, but really he followed a separate path. Affinities with Patrick Collins, Nano Reid, American abstract expressionism, Mark Rothko and Howard Hodgkin are all evident, but in the end tangential.

A bold and sophisticated colourist, he devised an immensely productive means of making work based on the Irish landscape that was essentially and distinctively his own, and both local and universal.

Writing about an exhibition of McSweeney’s work at the John Martin Gallery in London in 2003, the American academic and critic Helen Vendler wrote: “There are paintings here that give us the whole world rather than a section of it.”

Over the years McSweeney exhibited consistently with the Dawson Gallery and its successor, Taylor Galleries, and widely throughout Ireland, with retrospectives at the Galway Arts Festival, The Model in Sligo, and the RHA. His work is included in numerous collections, both public and private.