From fruity picnics to provocative pigeons. Art goes over to the wild side this week 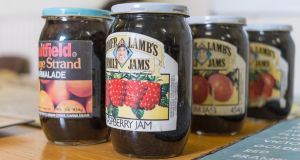 Ireland’s local authorities have a mixed reputation, and while Creative Ireland has got them all to put their arts plans on paper, some have always been more engaged than others. Fingal is a case in point: innovative commissions and projects across the county include a residency at the Lynders Mobile Home Park in Portrane. Celebrate with the Resort Revelations mini festival. Happenings including O’Mahony’s fruity picnic at the park at 2pm. Alan James Burns’s evocative sound event Entirely Hollow … also returns to Tower Bay Beach (nightly 10th to 13th). Until September 13th, fingalarts.ie

Inspiration and Rivalry – After Vermeer

It takes a lot of guts to put yourself in the frame with Dutch master of light, Johannes Vermeer. The must-see Vermeer exhibition, which ends on September 17th (if you haven’t already, go), explores the influences and borrowings among Vermeer’s circle, and includes almost a third of all the Vermeers that actually exist in the world. In this parallel project, contemporary artists Maser, Brian Fay and Dragana Jurisic show how artistic influence spreads across centuries. While you’re there, take in the new show of prints by turn-of-the-last-century German artist, Käthe Kollwitz. Her studies of war and workers acquired many imitators. Until September 17th, nationalgallery.ie

With a major exhibition, What’s With the Apocalypse? opening at Carlow’s Visual on September 16th, Hillsboro has a taster of this acclaimed artist’s work. Mosse, known for his three-dimensional works – layering, tearing and occasionally even shooting at his materials – makes pieces that come right out to meet you. Organic-looking sculptures in industrial materials confuse the eye, so you might even find yourself wanting to stroke a cuddly creature on a plinth. Warning – it turns out to be made from nothing but nails. Until September 30th, hillsborofineart.com

So tough is it in those first few years after leaving art college, that I guess you wouldn’t mind too much about being called a “fledgling”, though the image of fluffy birds learning to fly doesn’t exactly capture Cian Carroll’s cut-sheet aluminium works, Helen O’Shea’s repurposed plastic, or Amanda Lynch’s oils. See what this broad-ranging selection of recent graduates from Cork’s Crawford College of Art are set to unleash on the world, and decide whether the overriding vibe is feathers – or claws. Until September 26th, lavitgallery.com

On the Pop – Studio Yum Yum

When the Fringe comes to town, things get fun and frisky, so Studio Yum Yum’s On the Pop is right at home here. The four-person studio collective have put together a show including painting, photography and sculpture – with a spot of performance thrown in. Responding to Peter MacNamara’s short story about a man who finds his intimate moments are always accompanied by a white pigeon, it celebrates a heady mixture of confession and Dublin wit. Worth a flutter. Until September 21st, fringefest.com