A town of many faces: Carrick through a camera

The photographic project ‘Faces of Carrick’ was born from a lengthy creative rut. The idea was simple: to record and to get to know the faces of my home town, Carrick-on-Suir, Co Tipperary 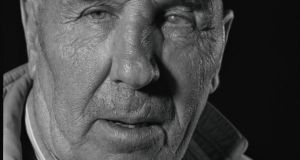 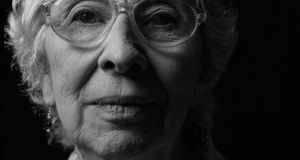 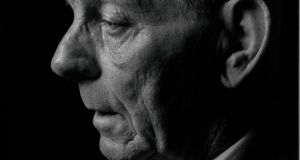 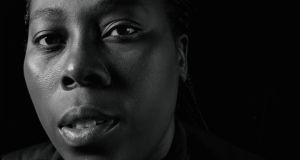 Richard Avedon, the famous American portrait and fashion photographer, once said that “all photographs are real; none of them are the truth”. He recognised that the portrait is all about surface, and that we can only truly say of a portrait “this is how the person looked under a very particular set of circumstances”.

The circumstances of this project are as follows: a back room in a small theatre in an Irish provincial town, in the heart of winter. The set is very much like a stage. A spartan black background hangs in front of watercolour paintings of pastoral scenes. A single stool sits on a polished wooden floor; a single harsh light delineates the sitters’ faces. Into the space step the retired schoolteacher, the young mother, the salmon fisherman, the poet, the carpenter, the boatman, the entrepreneur, the musician.

The simple studio was in Brewery Lane Theatre. I made portraits of people through direct contact on the street, through the grapevine and online at facebook.com/facesofcarrick. I made three trips to Carrick-on-Suir during October last year, and made portraits for two days at a time. The portraits were made on a Hasselblad film camera.

Faces of Carrick was born from a lengthy creative rut. I am a photographer and film-maker, based in Cobh, Co Cork, but originally from Carrick-on-Suir. I wanted to undertake a simple, elegant project to last 30 days, to record and get to know the faces of my home town.

I have known some of these people for years. Some are complete strangers. The project combines the twin satisfactions of completing a portrait collection and getting to know people in the process.

The collection of 29 faces reveals a range of ages and backgrounds. These are faces hewn by the river Suir, by soft and hard winters, by the Russian sun and the African sun. Some of the sitters have lived all their lives in Carrick-on-Suir, some only a few years. They have come to have portraits made, to share their faces and their stories with a photographer.

Damian Drohan’s photographic documentary work comprises portraits, landscape, still-life and film/multimedia. His work with Irish second World War veterans is at ww2vetsproject.com. Another project, soundportraits.net, is an an exploration of contemporary Ireland through portrait and audio interviews. damiandrohan.com

From New Zealand to Saudi Arabia: When women won the vote worldwide
10