Productivity profiling sheds light on how people get the job done 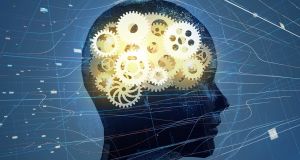 An individual’s preferences are grouped under four productivity pillars: logical; instinctive; self; and team

Companies have been using personality profiling to get insights into their employees for decades, but now UK-based productivity specialists Smarter Not Harder has developed an online tool that profiles productivity traits. It is called PQ (productivity quotient) and if you have ever wondered what drives your productivity or that of the people on your team there’s now a 15-minute test that can tell you.

“I’ve probably done 10,000 or more productivity-related interviews in my career, and I’ve reached a point where, within a few minutes of starting to talk to someone, I know exactly what their productivity traits are going to be,” says company co-founder Neil Massa.

“Just over two years ago I mentioned this to Cliff Edwards, who is both a business psychologist and a mathematician, and he reckoned he could model it and create an algorithm around it. He spoke to other members of our team who have also done thousands of similar interviews, and the result is PQ, a mathematical model that enables us to predict what people’s preferences will be when it comes to managing their time and productivity.”

Massa says people’s productivity behaviour is driven by numerous factors, including the beliefs and attitudes they have formed over time, the characteristics they were born with and their expectations of work and life.

What the profiling does is to help them understand what their preferences mean in practice, while also shedding light on why different styles may be the reason a team is faltering or its members are not getting on.

Preferences are grouped under four productivity pillars: logical; instinctive; self; and team.

Massa says that people with a high logical preference typically love spreadsheets, lists, gadgets and technology that automates things. “They get their productivity from being incredibly logical and organised – which I stress is not for everyone,” he says.

“Those with an instinctive preference go a little more on emotion. They trust their intuition, and quite often make complex decisions involving a lot of information in a very short space of time and sometimes this freaks out their colleagues. They’re incredibly valuable people, partly because of their creativity but also because of the speed with which they can arrive at their decisions and take action.

“The logical and the instinctive could be seen as polar opposites, but it’s not inconceivable that someone could have a balance of both.”

The productivity of those operating from the “self” pillar is driven by what is important to them, and this has its good and bad points. On the negative side, they can come across as selfish, but Massa says this is often because they are gimlet-like in focus. They don’t do anything they don’t need to do, and usually have very clear priorities, goals and objectives.

“Productivity linked to the team pillar is someone who can see the value in the people they work with, and uses it to help them achieve what they need to achieve,” Massa says. “So this type of person will call on and draw in the experiences and talents of other people to get work done.

“They’re also very good at enabling other people. For example, they will consider whether something they might do will get in the way of someone else doing their job. They are collaborative and embrace team working holistically.”

PQ profiling takes 15 minutes online. When it was being designed Massa stipulated that it should be quick and “not something you need a flask of coffee, two Kit Kats and 45 minutes or more to do”, he says.

When someone takes a profile it gives them their relative scores and preferences across the four pillars ,and tells them a little bit about how this might manifest itself in the way they approach things.

Individuals can take the test for £95 (€106) and there are different packages for corporate clients that include additional elements such as coaching.

Apart from throwing light on people’s individual productivity drivers the profiling can also be useful in starting wider conversations around how teams tick.

“The power of the tool lies in the insights and what you do with them,” Massa says. “We’re just beginning a project with a technology company that had to restructure due to the lockdown. They had to put together new teams made up of people starting work for the first time and those who haven’t worked remotely before. They are using the tool both to understand individuals and maximise team productivity.”

“If someone is in a steady state their default preferences will apply. However, they can shift and if you’re in a period of change, such as has happened during the lockdown, an individual may lean on one more than the other. I’ve taken the test quite a few times, and it’s picked up subtleties and nuances around the circumstances I’ve been in when I’ve taken it. Preferences are not fixed forever.

“If you’re running a team you ideally need people with all four pillar traits,” Massa adds. “It’s also really important that people understand the preferences of those around them.

“Most people don’t set out to make life difficult for others. They do it accidentally, and if they knew why there would be a lot more harmony and higher levels of productivity.”

1 Three Ireland switches on 5G network around the country
2 Am I paying too much for my buy-to-let mortgage?
3 Mortgage breaks will not be extended beyond this week
4 Argento founder Peter Boyle is streets ahead of the past
5 Should I switch bank now with Ulster Bank at risk of closing?
6 High Court grants permission to pay €2.7m tax bill
7 Me & My Money: ‘Money can’t buy you happiness but it can make life a lot easier’
8 Motor tax hikes, D’arcy quits politics for IAIM, and Sprout’s takeaway pivot
9 Pilita Clark: The looming legal minefield of working from home
10 New car prices could rise by up to €10,000 if taxes increase in budget
Real news has value SUBSCRIBE