NI organisations named and shamed for not paying proper wage 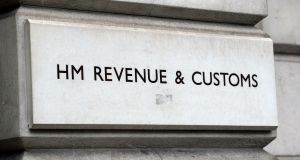 Eleven organisations in Northern Ireland, including the Dromore Diocesan Trust, have been named and shamed by the UK’s Department for Business for underpaying their employees in the North.

Investigations carried out by HM Revenue & Customs revealed that a total of 222 people in Northern Ireland had not received the wage they were entitled to from their employers.

The 11 Northern Ireland organisations who have been identified by the UK Department of Business will now have to pay nearly £37,000 in back pay and face stiff fines.

The largest amount underpaid by a single individual on this occasion in the North was Oliver Kerr, trading as Origin Fresh, Fermanagh and Omagh. He failed to pay £10,317.95 to 3 workers, with average arrears of £3,439.32 per worker.

Next with the second largest amount owed was a company based in County Armagh, which traded as Sunnymead Residential Home. Sunnymead (Armagh) Limited was found to have failed to pay £6,507.01 to 76 workers, with average arrears of £85.62 per worker.

Investigations also uncovered that the Dromore Diocesan Trust failed to pay £3,844.98 to 3 workers, with average arrears of £1,281.66 per worker.

Among the other organisations and individuals who were identified for underpaying their employees was Roe Park Holdings Limited, trading as Roe Park Resort, Causeway Coast and Glens, which did not pay £3,399.28 to 46 workers and Trackars Limited in Belfast which failed to pay £3,334.55 to 23 workers.

Meanwhile Mrs April Louise Thompson and Miss Nicola Frances Thompson, who traded as Baby Maids, Armagh City, Banbridge and Craigavon were also found to have failed to pay £3,283.65 to 18 workers.

The remaining organisations named and shamed by the UK’s Department of Business include; Oak Grove Cabins Ltd, Derry City and Strabane who did not pay £2,728.35 to one worker.

The Tilery Limited, trading as The Tilery Nursing Home, Fermanagh and Omagh, who owed £2,423.50 to 33 workers Hypersync Limited, Newry, Mourne and Down who failed to pay £1,518 to one worker.

Exact CNC (NI) Ltd, Newry, Mourne and Down who were found to owe £576.16 to 17 workers. George Nicholl, trading as Nicholl Plaster Mouldings, Lisburn and Castlereagh who failed to pay £281.70 to one worker.

According to the UK’s Department of Business overall a record 22,400 people throughout the UK will receive £1.44 million in back pay from their employers, who have also been fined a total of £1.97 million.

1 Admission of mistake in Oxford vaccine dose raises doubts over reliability
2 Cliff Taylor: Deal or no deal we are now heading for a hard Brexit
3 Move to EU or face disruption, City of London is warned
4 Last orders for Rí-Rá and Globe as Central Hotel gets green light to expand
5 Lahinch Golf Club runs out of its own cash after €3m Covid-19 hit
6 German watchdog reports EY to prosecutors over Wirecard audit
7 Karlin Lillington: How I managed to cut my mobile phone bill by at least half
8 Fiona Reddan: Who’s afraid of Revolut? Not AIB and BOI it seems
9 Must I pay tax on sale of inherited apartment in Baltics?
10 BOI customers to be charged twice with bank fees on New Year’s Eve
Real news has value SUBSCRIBE