UK in a stew over curry chef shortage 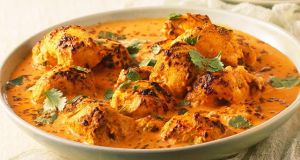 Chicken tikka masala is up with roast beef and fish and chips in the pantheon of Britain’s national dishes. However , takeaways may be unable to satisfy demand as there is shortage of curry chefs in the UK.

The UK government maintains a list of “shortage occupations” to inform visa decisions. These jobs include chefs, but only for restaurants that do not provide a takeaway service, and online food-ordering platform Just Eat has called for this to be changed. There are also fears immigration rules could be tightened after the UK leaves the EU.

Just Eat has also called on the government to loosen immigration rules and improve training. Graham Corfield, Just Eat’s UK managing director, said chef shortages for cuisines such as Indian and Chinese was “a real problem now and unless we address it could get worse”.

He said the restaurant sector included many “small family-run businesses who are often struggling” and that were being forced to close “because they are finding it difficult to get the staff”.

He spoke out as the British Takeaway Campaign, a lobbying effort led by Just Eat, published research about the economic contribution made by the restaurants in an effort to combat what Mr Corfield said were “negative connotations” about the industry. The research found the public spent £10 billion on takeaways last year.

Just Eat works with about 28,000 restaurants in the UK and has built a business around linking them with customers. But while demand for home- delivered restaurant food is rising, the outlook for the restaurants themselves is less clear.

More than a third of the 300 takeaway restaurants surveyed for the BTC report said they were experiencing skills shortages, particularly for chefs, front of house staff and delivery drivers.