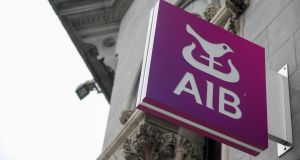 The new voluntary severance scheme mirrors similar programmes introduced by AIB in the last few years, almost all of which have been oversubscribed. Photograph: Aidan Crawley/Bloomberg

AIB is seeking further voluntary redundancies to bring the total number of employees expected to leave the bank to between 160 and 200 by the end of the year.

Employees of the bank, which recently staged a successful return to the main stock market in Dublin, were informed of a new voluntary severance scheme earlier this week.

The bank is believed to be seeking between 20 and 30 redundancies in its customer services division. This is in addition to a similar scheme recently introduced for its “local markets” operation, which aims to reduce headcount by up to 170 people.

Before the banking crisis, the group employed just under 26,000 staff, including in overseas operations in the United States and Poland. It is estimated that some 2,500 Irish-based staff have been made redundant since then. The bank currently employs about 10,500 people in total.

The new voluntary severance scheme mirrors similar programmes introduced by the bank in the last few years, almost all of which have been oversubscribed.

To be eligible for consideration for the scheme, applicants must be at management grades – officer level or equivalent upwards – with a minimum of five years’ completed service at the closing date for application, which is Wednesday, July 26th.

Anyone due to retire in the normal course of events before November 1st, 2018, is excluded from the scheme.

The bank refused to comment on the exact number of redundancies it is seeking.

“AIB has a voluntary redundancy scheme limited to specific areas of the bank. Any reductions will be achieved on a voluntary basis,” it said in a brief statement.

Management approved for redundancy are expected to leave the bank on a phased basis during October and November.