The perils of the mixed coronavirus couple

In the face of a frightening pandemic, my partner and I are responding differently 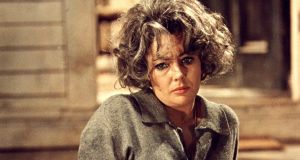 I have lived with the same man for more than a quarter of a century.

When we were younger and had more energy, we bickered so much that our friends called us George and Martha, the warring couple in Who’s Afraid of Virginia Woolf?

Age has dulled our edges and for years we have been in lockstep on all the most pressing issues: Brexit, climate change, Donald Trump, the latest iPhone. Then came the coronavirus. Like a lot of other people, we have discovered we are on different sides of a faultline we never knew existed. In the face of a frightening pandemic, we behave differently.

As the outbreak gathered pace the week before last, we were visiting our families in Australia. One of us read obsessively about the virus, reaching for the phone in the middle of the night to monitor its advance and bounding from bed each morning to check the television news. That would be me.

“Oh god,” I groaned one day. “The Johns Hopkins site has gone down.” My other half, also a journalist, looked at me blankly. He had no idea the US university had a website charting the grim march of infection across the globe. Nor was he likely to any time soon.

He was keeping an eye on serious developments and texting worried friends locked down in Italy. But he was also sleeping soundly through the night, baffled by my rising anxiety about the muddled government responses to the outbreak in both Australia and our adopted home of Britain.

When I told him I was going to try to buy face masks in Melbourne for the flight home, he stared at me as if I had said I would be boarding the plane in a space suit.

When I read that the divorce rate in one province in China, the first country to go into lockdown, had spiked when quarantined couples were finally freed, I was not surprised to see one official blaming it on all the housebound weeks together. The row potential was clearly limitless. “You only washed your hands for five seconds!” “Your face mask is upside down!” “Are you actually trying to die?”

So why are we reacting so differently? What does it say about each of us?

Some behavioural experts think our responses to crises are shaped mainly by experience. If we have lived through traumas, or trained to survive emergencies, then we are likely to be more calm and rational.

My partner has covered a lot more war and strife than I have. He has been taught to survive kidnapping in hostile-environment training courses in the English countryside, which came in handy when he actually did get arrested in the second Iraq war.

Does that explain the difference? Other mixed corona couples suggest not. At least one fellow worrier I know is a former war correspondent whose wife keeps telling him to get a grip. Another, also male, works in emergency care.

The club of worriers is also tricky to define. At first I thought we were a like-minded tribe, already united in our dread of fiscal ruin or planetary destruction. Then I discovered that one of the first people in London to openly mouth my fears of official incompetence was Nigel Farage, the Brexit Party leader.

I like to think there is an evolutionary benefit to the divide between the skittish and the calm: humans surely do better when half of us are fretting about dangers lurking ahead and the rest are asleep in the chair.

Meanwhile, as London closes down, I have developed an unexpected fondness for Twitter clips of dogs hurling themselves into big piles of leaves and the thoughts of stand-up comics.

That led me to this advice for any other couple confronting weeks of forced cohabitation from opposite sides of the corona divide.

“I feel there are some people who are absolutely freaking out and some people who think it’s all overblown and we have nothing to worry about,” said the comedian and actor Kumail Nanjiani. “To the former: stop reading constant updates. You know what to do to stay safe. Self care. To the latter: start reading constant updates.” – Copyright The Financial Times Limited 2020