No man is an island? Think again

Coronavirus: working from home is the future, get used to it 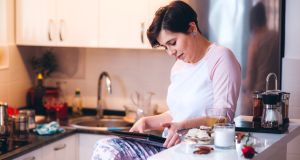 What is happening, though, is the induction of many office creatures into what must feel like the faintly subversive act of remote working.

The ambient chatter. The soul-revealing choices of desktop paraphernalia. Even the proprietary tension over coffee mugs - all the more vicious, as Henry Kissinger said of campus politics, for the stakes being so very low.

There are people who cannot do without the human tableau of office life. The typical workplace can be society in miniature (literature’s indifference to it is its abiding failure) and a place where millions find kinship and even a sort of meaning.

I am not one of the millions. As a proxy measure of my office-aversion, the FT’s global headquarters is likely to reach its first anniversary this spring without my ever having darkened its door. There are motorcycle couriers who know its glassy and metallic innards better.

There is no light to be found in today’s public health crisis, even as gallows humorists of South Asian origin claim vindication of their mothers’ asset portfolio: cash, inexhaustible bags of rice, bass drum-sized barrels of cooking oil.

What is happening, though, is the induction of many office creatures into what must feel like the faintly subversive act of remote working. I can only welcome them to this netherworld, urge them to leave any feelings of guilt at the door, and hope that the trend endures.

For some of my colleagues, the kind of stillness that I need would itself constitute a sensory trauma

In an age of bespoke entertainment, of bespoke everything, the office asserts the essential sameness of all people. It pretends that one person’s refreshingly brisk temperature is not another person’s cryogenic shock.

A near-perfect mute six rows away may at any moment tap a pen on a keyboard or – can you believe it? – answer the phone. But then for some of my colleagues, the kind of stillness that I need would itself constitute a sensory trauma. The folly is to make us fight against our natures in a shared space.

According to the modern cult of “collaboration”, this mismatch of personal tastes is a small price. What it buys you is the bringing together of minds. The implication here is that ideas only ever arise when people are – to quote John Lennon, on his work with Paul McCartney – “eyeball to eyeball”.

It is an argument that fails on two counts. Most obviously, in offices, collaboration too often takes a forced and performative guise: that of meeting-itis. Just as most non-fiction books could be columns, most meetings could be swift exchanges on Slack or WhatsApp.

The reason they proliferate is exactly that people are in such proximity for so much of the day, and after such heroic commuting. It will always seem a shame to come all that way without convening to talk about things and, you know, stuff.

Who among us seriously recognises the idealised picture of the office as some kind of creative ferment, in which the workers almost melt in the intellectual heat of their breakout zones?

But the yet larger mistake here is to underrate the creative uses of solitude. Whether it is strictly true that Isaac Newton developed calculus at home (Cambridge university being closed for the plague), the most precious breakthroughs are often achieved alone. And for a reason.

The husbanding of an idea from inception to final expression depends on a certain consistency of thought. It is to not be dragged out of their writing “voice”, for example, that so many novelists of the very highest class turn down the lustrous social invitations under which their desks creak.

None of which is to confirm, by the way, that remote working is the way of the hermit. Christopher Hitchens defined happiness as solitary work during the day, in anticipation of company that evening. He understood that being deprived of conviviality makes one all the more ravenous for it at sundown.

It is the office, with its prolonged but ultimately shallow companionship, that can leave us craving an inward turn at the end of the day. The Hitchens way is the social equivalent of fasting. When the release comes, it really comes. A warming thought, isn’t it, that the social distancing of the moment contains the seeds of its opposite? – Copyright The Financial Times Limited 2020