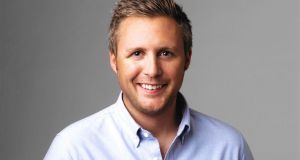 As a kid, Tom Markham drove his parents crazy by constantly playing football video games. But their son would eventually turn his obsession with football into a career and would end up as head of strategic business development at video-games company Sports Interactive, the creators of Football Manager.

Markham, now 34, has been with the London-based company since 2013 and has been living in the UK since 2008. His job involves a wide variety of tasks from managing football-industry relationships to organising deals with charities and keeping Sports Interactive’s commercial development on target.

He also has a number of after-hours projects on the go, including acting as a takeover consultant to the football industry, for which he has developed the Markham Multivariate Model to value clubs. In 2016 he facilitated the sale of West Bromwich Albion to Yunyi and he is currently advising three more potential takeovers.

He is also a sports business commentator for CNN World Sport, is writing four academic research papers and is on the organising committee of the London Football Awards.

In his “spare” time Markham has begun making cinematic documentaries, starting with the little-known story of Brazilian footballer Carlos “Kaiser” Henrique Raposo. “This guy is absolutely fascinating, as he managed to have a 26-year professional football career despite being terrible at the game,” Markham says.

Passion for sport runs in the family. The Tom Markham Cup, awarded to the victors of the All Ireland minor football championship, is called after his great-grandfather. And his grandfather played minor football for Dublin before moving to the senior team. His great-uncle played for Arsenal in the 1940s, his great-aunt won eight All-Ireland medals as the Dublin camogie team’s goalie, and his father was selected to play rugby for Connacht in the 1970s.

Markham studied accounting and finance at university and qualified as an accountant before completing an MSc in international banking and finance at John Moores University in Liverpool. An MBA in football-industry studies followed, as did a PhD in football finance from Henley Business School.

Before moving full time to the UK, Markham worked as a treasury accountant and then a foreign-exchange dealer with AIB Capital Markets. He then lectured in finance at Henley while studying for his PhD.

Before joining Sports Interactive he spent a year at PWC’s sport and leisure practice, where his assignments included writing financial reports on Europe’s biggest clubs for Uefa.

Markham is a dyed-in-the-wool Arsenal fan and used to live in an apartment that was once part of the club’s old Highbury stadium.

“I pretty much like everything about living in London as there’s so much happening all the time,” he says. “I’ve managed to remove the more obvious negatives, such as commuting and ridiculously long working hours, so, for me, it’s the best big city in the world and it’s only an hour from home.

“Culturally, people in the UK, and in London especially, are more reserved than Irish people. In Ireland, you’re almost expected be outgoing. This has its upside, as being able to talk to anyone goes a long way over here, especially in a small industry like football, where knowing the right people can be the difference between success and failure. Personally I make an effort to talk to anyone associated with the industry, as you never know where people will end up, especially with the levels of turnover within the clubs.”

Markham says moving to London gave him the best shot at realising his dream of having a sports-related career.

However, he also says that the UK sports job market is extremely competitive and that hard graft is still required to make it. Asked what job opportunities he sees in the UK for young Irish people, he says: “It’s an uncertain time with Brexit on the horizon, but there are certainly still far more opportunities here for young Irish people looking to work in glamorous areas such as sport, film, music and fashion.

“Having previously worked in finance, I would say the future in this sector is a little more uncertain. For young Irish entrepreneurs, though, there are still a lot of investors willing to back bright business ideas, especially in technology.”