Caveat: Ability to bounce back from failure is the true measure of an entrepreneur 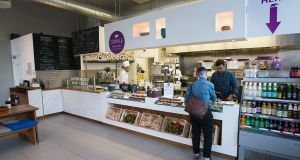 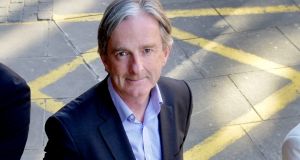 Cast your mind back a decade ago, to the tail end of the wretched Celtic Tiger. Although hell was around the corner, nobody knew it yet. The boom was still getting boomier, and the State was teeming with people whose favourite pastime was to call themselves entrepreneurs.

They were everywhere: selling us sandwiches or branded coffee, hiring out suits, opening trendy bars and hotels, or building duplex apartments on every patch of dry land in the State. They wrote books about their entrepreneurship, gave speeches and hosted television shows to “mentor” us.

Self-styled entrepreneurs were feted and practically fetishised by the public and the media. We were all in on it. But when the maelstrom hit, many of them were swept away or were left clinging on for dear life. Mere mortals, just like the rest of us. And where are they now?

The ability to bounce back from defeat and succeed all over again is meant to be a trait of those who truly deserve to be called an entrepreneur, which – in the digital age – is once again becoming one of the most overused words in everyday language.

Very few of the vanguard of the Celtic Tiger entrepreneurs made comebacks. Yet, to his credit, the founder of O’Brien’s Irish Sandwich Bars, Brody Sweeney, appears to have managed the feat.

I remember sitting down with him not too long after he ran for Fine Gael in the 2007 general election and lost. He was genial and charming, if slightly chastened by his political defeat.

It was also beginning to dawn on him that he had possibly taken his eye off his business while running around the place writing books about “making bread” and launching vanity bids for the Dáil. But, even as began to self-reflect, Sweeney was still caught up in that entrepreneurial headbuzz, more focused on his status as an entrepreneur than on fixing his business.

“Very few of us entrepreneurs are honest enough to say, ‘I completely and utterly f***ed it all up myself’. But that’s what I did,” he told me at the time, musing about how to reverse the slowdown in his company. He had no idea. About 18 months later, he lost the lot when O’Brien’s went bust.

Yet, eight years after he hit the bottom with O’Brien’s, Sweeney is in the midst of a major expansion at another business, Camile, a clever and fresh Thai takeaway and restaurant franchise he started from scratch.

It emerged this week that Sweeney has now taken the brand to Britain, with an outlet in Tooting Bec in south London.

Since he founded Camile in the teeth of the recession in 2010, he has built it up to 15 outlets in Ireland, mostly operated by the company but with a growing number of franchises.

The company made €570,000 profit last year, and won the emerging award at the Irish Franchise Awards a few weeks ago. A concerted British expansion appears to be on the horizon and Camile can safely be adjudged a proper success.

Although the business appears to be 90 per cent owned by his wife, Lulu O’Sullivan, it is fair to say Sweeney has bounced back good and proper. Perhaps now, having successfully built another business from the ashes of failure, he has more justification than before in calling himself an entrepreneur.

Who else deserves the moniker of entrepreneur?

How about Pádraig Ó Céidigh? The Aer Arann founder is another of the entrepreneurial brigade whose business faced turbulence during the recession. It entered examinership, before he was eventually bought out by Stobart. It was a trying time for the Galwayman, who also suffered ill-health.

Stay in the fray

Yet Ó Céidigh managed to stay in the fray and, in recent years, has made some successful investments in the nursing home sector and is now a Senator. That’s a comeback of sorts.

Bill Cullen, who has probably uttered the word “entrepreneur” more times than any other Irishman in history, spectacularly lost his Glencullen cars empire and a five-star hotel in Kerry arising from the crash. He has since made a modest comeback with Bill Cullen Motors in west Dublin, no mean feat for a septuagenarian.

The founders of Setanta Sports, Mickey O’Rourke and Leonard Ryan, emerged from the wreckage of its collapse in the UK early on in the recession to retain the Irish arm, which they later sold to Eir. They have also in recent years built up interests in the restaurant-bar sector through Danu Partners.

There is a smattering of others rebuilding their business empires. But many of those who styled themselves as irrepressible entrepreneurs in the boom – and then got into trouble – stayed there.

Some of those who clambered their way back out of the mire left casualties along the way: creditors in some cases, or redundant staff. But they deserve credit for dusting themselves down and trying again, and succeeding once more.

Timing is everything, not least in the media, but if you’re working in the monthly periodical space it can be very hit and miss. Credit then to the Law Society Gazette. The cover story of its May issue? “Ticking Time Bomb: Top tips for mitigating firms’ cyber-risks”.

Hitting the desks as the WannaCry ransomware attack was crippling companies worldwide, including the British National Health Service, and as our own Health Service Executive pulled the plug on its network to avoid widespread infection, the timing of the Gazette’s piece could not have been better judged.

Written by EY’s Simon Collins, it advises Ireland’s legal eagles on the various tactics of cybercriminals and offers advice on how best to ensure firms do not fall victim. While most executives are happy to delegate these issues to IT departments, Collins rightly notes that, when things go wrong, it is the managing partner who is likely to find themselves in the firing line.

But what, in Collins’ view, is the most effective defence of law firms to the threat posed by WannaCry and similar attacks? “Many Irish law firms have a significant advantage by not having been the first to adopt new technologies,” he writes, adding that this allows firms to benefit from the experience of others in financial services and elsewhere. Charming

Tesla is in the news these days for all the right reasons. Founder Elon Musk is as disruptive an entrepreneur as any on the corporate horizon. Whether it is evangelising for the electronic self-driven car, advancing the cause of commercial space flight or selling solar roof panels that look for all the world like ordinary tiles, no industry is safe from his curious mind or focused pursuit.

The filing of accounts for Tesla Ltd with the Irish Companies Office then seemed to offer the possibility of a unique local insight into the performance of one of the more dynamic global companies of our time.

Unfortunately not. It appears that Dubliners Declan McCaghy and John Brereton were ahead of the US futurist, at least on this occasion, in their choice of name, establishing the Irish business back in 1991.

And while Tesla Ltd (the Irish one) is a profitable enterprise, it is unlikely that the €13,000 odd in profits earned last year will go far in developing the ambitious enterprises Musk has in mind. Still, it’s not bad for a company that, behind the Tesla moniker, trades as Coolmine Carpets.