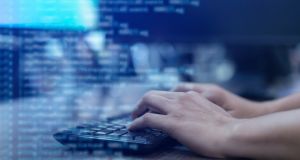 Matrix Recruitment’s latest workplace equality survey was conducted in November among 1,414 adults working in a range of industries. Photograph: iStock

The Covid-19 pandemic has created workplace imbalances for many people, according to a survey by Matrix Recruitment.

The study found that more than a quarter (27 per cent) of those surveyed report inequality arising from the pandemic, while one in three say they are concerned that working from home long term will affect their career opportunities.

A significant segment (31 per cent) are also worried that their relationship with their managers might be affected if they are not seeing them in person regularly, and almost half fear they will not be seen or heard by senior managers.

Matrix Recruitment’s latest workplace equality survey was conducted in November among 1,414 adults working in a range of industries, sectors and regions.

It found broadband was having a significant impact on more than a third of those working remotely, with 34 per cent saying they are struggling to stay on top of their work due to slow wifi.

It also found that staff who have joined an organisation amid the pandemic have been unduly affected, with 33 per cent saying that they are not getting the training and support they need when working remotely.

“Starting a new job has certainly been a challenge this year. Many people lucky enough to have found new employment have had to adjust to the role while working from home,” said Matrix Recruitment’s Breda Dooley.

“Starting from a remote setting means new employees miss out on the chance to shadow senior staff, which can be crucial for those starting out in their career.

“New employees can learn a lot by sitting in an office alongside colleagues, often without even realising it,” she added. “There is also the issue of not being able to get to know other team members to the same extent as they would in a workplace environment. This can inhibit teams from successfully working together in the long term.”

The survey, which covers a wide range of workplace issues including discrimination, racism and gender pay gaps, also found that 38 per cent of people had experienced some form of workplace discrimination and almost one in five (18 per cent) had suffered sexual harassment at work.

Some 40 per cent of respondents feel they are the victim of pay discrimination, up considerably on last year’s figure of 18 per cent.

“We don’t know if this finding is in any way related to the pandemic and the circumstances in which people are finding themselves, but it’s quite possible,” Ms Dooley said.

“Some people have been furloughed while others have had their hours reduced. Many have had their salaries adversely impacted and perhaps they feel that the impact has not been felt by everyone equally in their organisation.”