‘Like anywhere else, it’s difficult to get into media in New Zealand’ 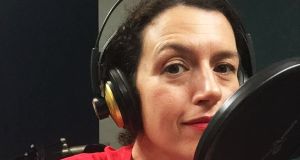 Noelle McCarthy: ‘New Zealand has its problems, but it’s a beautiful place and there are opportunities here for people with skills who want to work.’

Known in New Zealand as “the voice of summer”, broadcaster Noelle McCarthy had aspirations of living in the Antipodean country many years before landing on its shores.

After completing a BA in English and History in UCC in 2000, the Cork native started an M Phil in History and Gothic Literature. But when McCarthy was midway through a thesis on Dracula, she decided to take a year out and headed southeast – first to Asia, then onwards to Australia.

“I moved to Melbourne with a friend, where I stayed for six months working in hospitality – as many Irish people do. It was a great time,” she says. But its smaller neighbour New Zealand was more enticing.

McCarthy arrived in Auckland in the autumn of 2002, not knowing anyone, and got a job at a restaurant with a one-year working visa in her pocket. Six months down the line, an opportunity at a local student radio station transformed her career.

“I got some on-air work, reading the news and covering various shifts. I was very lucky at the time. Like anywhere else, it’s difficult to get into media in New Zealand and I was one of the last who managed to do so via work experience.”

Then prime minister Helen Clark used to phone into the radio station, 95Bfm every Monday morning and discuss political, social and newsworthy issues on air. McCarthy knew she was making strides when she was asked to interview her.

“As an immigrant, it was an incredible opportunity, but it also meant I had to learn a lot about a country I was only just finding my feet in.”

With her volunteer experience under her belt, she progressed to her first “proper” radio job at a talk radio station called Newstalk ZB in Auckland. “I spent nearly a year there, hosting a night-time show. I learned so much and got to a point where I lost my fear and found my voice.”

But, McCarthy says, not everyone was enthused by her Irish accent. “It was polarising, I was told, but luckily lots of listeners loved being reminded of their Irish ancestors.”

After almost a year of midnight callers, McCarthy started working at Radio New Zealand in 2008 as a freelance presenter and producer, kickstarting with a show called Summer Noelle.

“It’s a long-form interview show offering a blend of music, talk and stories from across the planet, which started on December 26th and ran through January – our summer – from 2008 to 2016.”

McCarthy says the show has enabled her to meet her idols, not just globally, but also within the station. “I was really blessed working here. The talent is incredible. You really see it when big news stories hit and broadcasters come into their own.”

McCarthy was filling in on another daytime show when the Pike River mining accident occurred on the South Island in 2010, killing 29 men.

“Suddenly you’re dealing with constant updates and breaking news stories. It was sad and intense, but also a privilege to inform people what was happening, when you were planning on doing something completely different that day,” she says.

“When you work in live radio, you never stop learning and I credit the production experience I gained at RNZ to my ability to be unflappable and persistent.”

McCarthy relishes working across multiple platforms and recently starting collaborating with her husband, Kiwi writer and ex-rugby player John Daniell, who played for Montpellier and Perpignan in France, on setting up a company that makes podcasts for various media platforms in New Zealand.

McCarthy also writes for the New Zealand Herald Viva magazine about fashion and style. “I’m really interested in fashion and, despite being far from everywhere, I think New Zealand is a fashionable, quirky, stylish place.”

Now that she and her husband have an 18-month-old baby daughter, however, the couple have moved from Auckland closer to Wellington, for a more quiet life in a rural setting.

‘We won’t be coming home anytime soon. New Zealand is a wonderful place. It has it problems, like unaffordable housing and high rents in parts and living costs. It’s slightly cheaper than Ireland, but food, especially diary and bread, are really expensive.

“But it’s a beautiful place and there are opportunities here for people with skills, who want to work.”

McCarthy doesn’t have aspirations of coming back to Ireland just yet. A move back home in 2011 for 18 months enabled her to experience professional life in Ireland after a 10-year hiatus. It answered many lingering questions.

“It was really great to come back. Like most people who live abroad, I was often pondering, am I missing something at home? Am I having the best career and life here? Am I in the right country? Coming home made me realise that I was and I decided to go back to New Zealand.”

McCarthy says she has more connections in New Zealand after living there for almost 20 years.

“This is my home. This is where my history is. But my husband and I both love France, so maybe down the line we’d love to share our time between there and here. That would be perfect.”